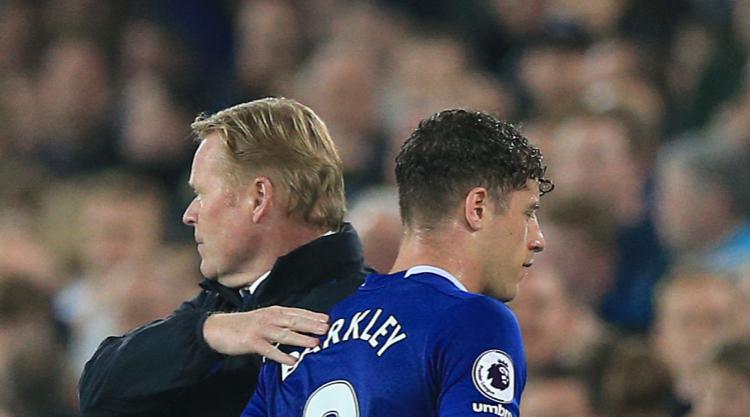 Everton manager Ronald Koeman has confirmed Ross Barkley is set to leave the club after telling the Dutchman he wants a new challenge.

The academy graduate is in the final year of his contract and was told by Koeman he needed to make a decision on whether to accept the new deal on offer or be sold this summer.

Koeman revealed Barkley told him at the end of the campaign he was looking to move on.

“Ross told me at the end of the season he wanted another challenge,” said Koeman, adding he “100 per cent” expects the 23-year-old to leave.

“His personal situation is really not so difficult: we made a good offer to him to sign a new contract, he declined that contract and told me that he is looking for a new challenge.

“It is not Everton future any more, it is his decision, I need to respect that and then we will see what happens but what I heard from the board is there is not really an offer on the table for Ross.

“My priority is not Ross, with respect, it is his decision. I look more to other players. I knew (this) at the end of the season.

“It is really clear, I am looking to other players and that is my priority and not Ross, with respect. It is his decision.

“Everyone knows what the situation is and that’s enough, I don’t talk any more about this.”

Barkley is currently injured, having had surgery on a minor groin problem, and will be out for possibly the next month.

However, he will be expected to return to training as normal when he has recovered and Koeman has no plans to isolate him from the main group.

“He had his groin surgery last week and normally it takes three to four weeks before he is back,” he added.

“He has one more year of contract and we work with respect for people and if he is back after his surgery, after the injury, and back for training he will be part of first team sessions.”

Asked whether he had noticed a change in the player since his return for pre-season Koeman said: “No, he is the same.”