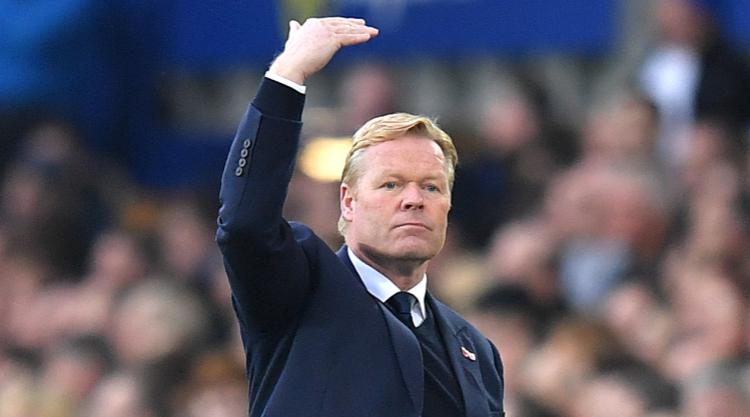 Everton have confirmed the signing of Nigeria international Henry Onyekuru from Belgian side Eupen – a deal which takes their summer spending past £50million.

The 20-year-old, who finished the season as joint top-scorer in the Belgian Super League with 22 goals in 38 matches, has signed a five-year contract after a fee understood to be in the region of £7million was agreed earlier this week.

However, he will immediately go out on loan to Anderlecht for next season where he will play in the Champions League.

He is the third new arrival at Goodison Park this summer, following Sunderland goalkeeper Jordan Pickford (signed for £25m with £5m of add-ons) and Ajax midfielder Davy Klaassen (£23.6m).

“Everton has completed the signing of exciting Nigerian forward Henry Onyekuru,” said a statement from the club.

“The pacy 20-year-old has joined the Blues from Belgian side Eupen for an undisclosed fee, becoming the club’s third confirmed signing of the 2017 summer transfer window.”

Onyekuru had caught the attention of Arsenal and West Ham after scoring 30 goals in 60 matches for Eupen but Everton moved quickly to secure the young striker’s services.

Everton are also expected to complete a deal for Malaga forward Sandro Ramirez by early next week.

The Toffees activated the former Barcelona player’s £5.7m release clause a couple of weeks ago but there has been a delay in completing the transfer because of his involvement at the European Under-21 Championship, where he has reached Friday’s final with Spain.

Everton’s spending is likely to break through the £80m barrier next week with a £25m deal in the pipeline for Burnley defender Michael Keane.

Talks have progressed this week between the two sides and agent Jamie Moralee, while not naming the club, confirmed a deal was close.

“Obviously there’s a lot of speculation, a lot of interest, in Michael and rightly so,” Moralee told talkSPORT.

“We are hoping that we can get a deal concluded to a new destination maybe by the weekend. And the key to it all, for Michael, is he wants to continue to learn and develop.

“Finding a home where they have got aspirations and ambitions to move on as a football club, where he plays, is key in his development.

“We feel that we have found the right fit and hopefully things can progress over the weekend and he can be unveiled very shortly.

“There’s no point him now getting that move and then sitting on the bench and sitting in the stands.

“He needs to continue and I think if he continues in the same vein in the next two years, as he has done, he will be England and Europe’s number one centre-half. “