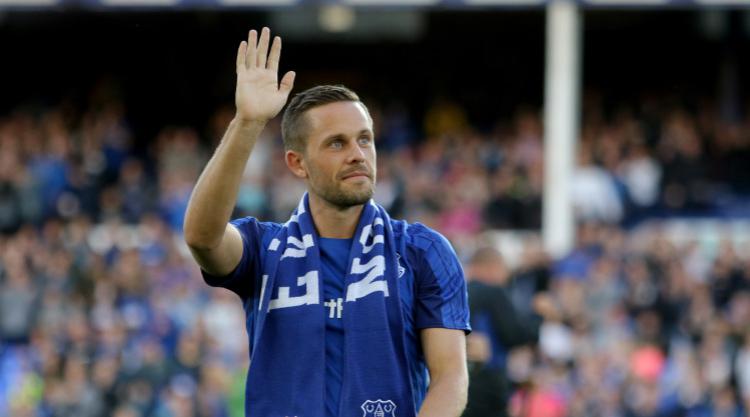 Gylfi Sigurdsson insists his price tag is not something he will be thinking about as he starts life as an Everton player.

Sigurdsson this week became the most expensive signing in the Toffees’ history, with the Iceland playmaker joining from Swansea in a deal believed to be worth up to Â£45million.

He is set to make his debut in Monday’s Premier League clash against Manchester City at the Etihad Stadium but Sigurdsson has emphasised the only pressure he will feel is that he places on himself to perform.

The 27-year-old, who scored nine goals as well as producing 13 assists in the league last term for Swansea, said: “It’s not up to me how much clubs pay for me.

“I put the pressure on myself to play well for the team and create or score goals, I think that is all I need and that’s the only thing I focus on.”

Sigurdsson is excited about the prospect of linking up in blue with Wayne Rooney, who rejoined Everton from Manchester United in July.

Sigurdsson said of England’s record scorer: “Rooney has been a fantastic player for Everton, Manchester United and the national team.

“I don’t think he gets credit he deserves fully. Of course he is one of the players that I really look forward to playing with, among a lot of others.”

Another one of the considerable number of signings Everton have made since the end of last season is attacking midfielder Davy Klaassen, and there have been questions over how boss Ronald Koeman might go about trying to fit him, Sigurdsson and Rooney into the same team.

Koeman, whose side take a 2-0 lead to Croatia on Thursday for the second leg of their Europa League qualifying play-off against Hajduk Split, is just glad to have a range of decent options at his disposal.

“You need competition in your team – it is not about 11 players,” the Dutchman said when asked about having Sigurdsson, Klaassen and Rooney.

“Let’s hope we get a good result next week and reach the group stage of the Europa League, and then you play a lot of games.

“We have a lot of international players and we will get, like everybody, injuries. You need more than 11.

“You put out the strongest 11 to start, and you can change. It is important to have good players on the bench.

“We look at the rest of teams and how strong they have their squads in number of players – that is what you like to have as a manager.”

Everton have a daunting-looking week to handle, with the trips to City and Hajduk being followed by a Sunday clash with champions Chelsea at Stamford Bridge.

But Koeman regards it as a “nice challenge”.

He said: “We know in six or seven days we play three away games, difficult ones, which starts on Monday with City.

“But okay, it is a nice challenge.

“They (City) are strong, but we like to be strong and are fully confident we will go there, play and do the maximum to get a good result there.”