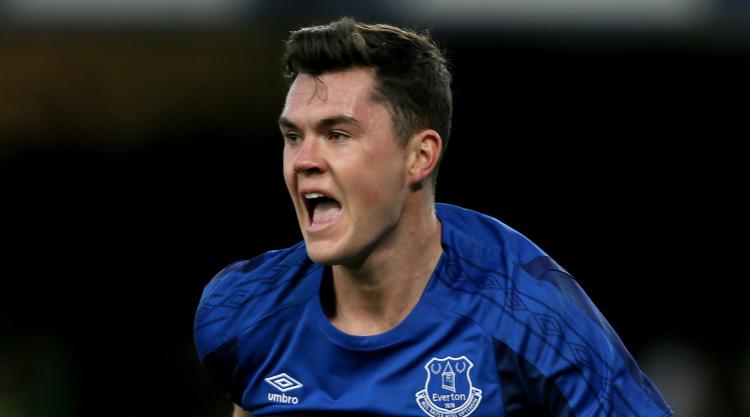 Everton hold a 2-0 lead in their Europa League qualifying play-off tie against Hajduk Split after a first leg at Goodison Park that had to be temporarily stopped due to crowd trouble in the away section.

Play was halted for a few minutes in the first half when trouble flared, missiles being thrown and supporters moving towards the pitch shortly after Michael Keane’s 30th-minute header had put the hosts in front.

After stewards and police had moved to bring the situation under control, the players returned to the pitch and Everton doubled their lead in the 45th minute thanks to Idrissa Gueye’s strike.

Aside from the worrying scenes in the stands, Everton will be feeling very satisfied with this how this outing went ahead of next Thursday’s second leg in Croatia.

The victory was achieved without new record signing Gylfi Sigurdsson, who was not part of the 18 a day on from completing his £45million switch from Swansea but was brought onto the pitch to be introduced to the crowd ahead of kick-off, waving and clapping as he received a warm reception.

The Toffees then made a lively start to the contest, with Ademola Lookman having a shot deflected behind, Wayne Rooney heading wide and Davy Klaassen shooting off-target.

Hajduk made their first real push forward in the 11th minute as Nikola Vlasic struck wide, but Everton were soon back on the attack and Klaassen just failed to make the crucial contact when he slid in to try to get on the end of Lookman’s low ball across the danger zone.

Following further efforts from Rooney and Leighton Baines, the latter burst into the area on the half-hour mark and stood up a lovely cross that Keane headed home at the back post having got above his marker Hysen Memolla, his first Everton goal.

Soon after, Slovakian referee Ivan Kruzliak called the players off the pitch as a melee had broken out in the away section.

With some objects – including pieces of seat, it appeared – being hurled, advertising boards being kicked over and some supporters almost getting on the field, stewards and police swiftly moved over to the area en masse, forming a line around the section.

The situation had calmed down sufficiently by a minute or so later for Kruzliak to allow play to continue, and Everton subsequently extended their lead just prior to the break through Gueye, who took a touch after being fed by Rooney before slotting past Dante Stipica.

Rooney sent a header wide from Martina’s cross early in the second half, before Hajduk fired a warning, Franck Ohandza unleashing a strike that Jordan Pickford pushed away.

Lookman then had a shot blocked by the foot of Stipica, although the flag was up for offside, before Pickford made two smart saves in quick succession, denying substitute Ante Erceg and Memolla.