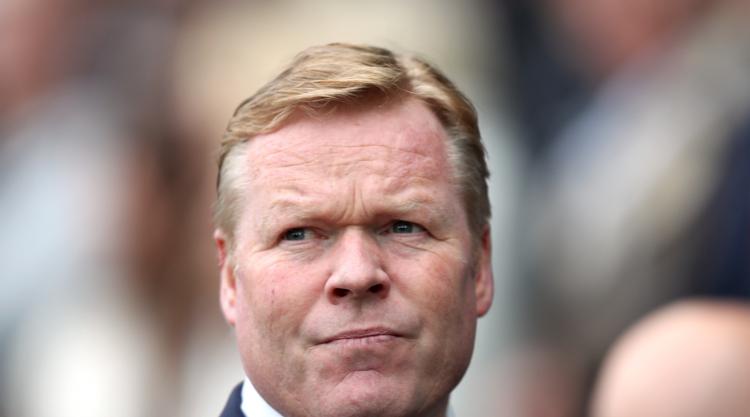 Everton will bid to reach the Europa League group stage without two of their major summer signings.

Midfielder Davy Klaassen and striker Sandro Ramirez have not travelled with the squad to Croatia for Thursday’s play-off second leg against Hajduk Split.

Everton manager Ronald Koeman confirmed at his pre-match press conference that Klaassen is sidelined due to a foot injury, while Sandro remains troubled by a heel problem.

“Sandro did not travel and neither has Davy Klaassen, who got a knock on his foot,” Koeman said.

“Davy will be out for at least one week, but he will be fit after the international break. Sandro is a doubt for Sunday’s game (against Chelsea).”

Everton hold a 2-0 lead from the first leg after goals from Michael Keane and Idrissa Gana Gueye at Goodison Park.

Koeman said he will decide on Thursday morning whether to start the club’s record signing Gylfi Sigurdsson, who made his debut as a substitute against Manchester City on Monday.

“I need to make the decision,” Koeman added.

“He got game-time on Monday, and now the decision is whether he starts tomorrow or comes on during the game. We have one more session, then I will make that decision on Thursday morning.”

Everton face a Hajduk side going well in their domestic league, and Toffees skipper Phil Jagielka is ready for an “intense” encounter.

“I am sure there will be some atmosphere here – it will be a little bit nervy, a little bit edgy and maybe backs to the wall at times,” he told www.evertonfc.com.

“Hopefully that won’t be the case, and we can get a goal or two to calm things down.

“But if it does get to that stage, we have enough experience, enough good defenders and good characters in there to, hopefully, see the job through and look forward to the start of the real European campaign.

“We know it is going to be intense. It is all about the first goal, and if we can get that it will settle us.

“The tie is far from over, but it is nice to have a lead and a clean sheet, which will give us the confidence to keep it tight at the back.”