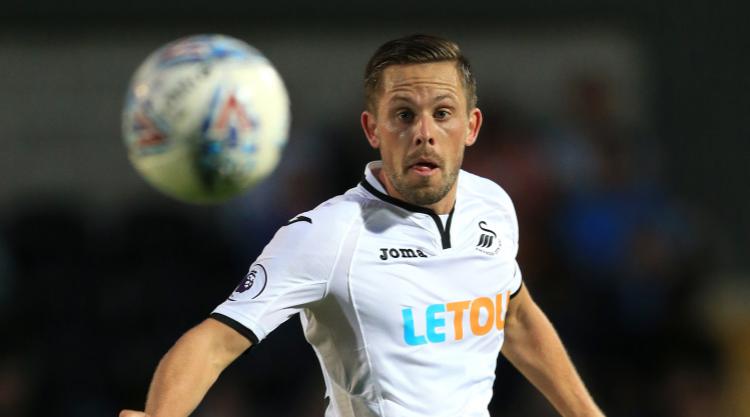 Everton have made a bid of £40million for Swansea midfielder Gylfi Sigurdsson, Press Association Sport understands.

The offer has not been accepted by Swansea, but Sigurdsson has withdrawn from Swansea’s pre-season tour to the United States and headed back to Wales.

“Swansea City can confirm that Gylfi Sigurdsson will not travel with the squad to America for the pre-season tour,” said a statement on the official club website.

“Having played against Barnet last night, Gylfi did not feel in the right frame of mind to travel this morning due to the current uncertainty over his future.”

Press Association Sport reported on Monday that Swansea had put a £50m price tag on Sigurdsson amid strong interest from Everton and Leicester.

Sigurdsson said in May he would not leave Swansea unless the club wanted to sell him.

Although there were suggestions that his head had been turned by Everton’s interest, he c aptained Swansea in the second half of their friendly defeat at Barnet on Wednesday night.

After the game, Swansea head coach Paul Clement said: “I’ve made it very clear I want him to stay here.

“The fans want that, the owners would like that but, ultimately, there’s a business side to football as well.

“We had that situation with Jack Cork (who Swansea sold to Burnley on Tuesday).

“In the summer there was no thought of moving Jack on, but it got to a point when another club came in with a really good offer.

“That might end up being the case with Gylfi. We don’t know yet.”

Sigurdsson, who joined Swansea from Tottenham for £6.8m in July 2014, was the key player as the Welsh club avoided relegation to the Sky Bet Championship last season.

The 27-year-old scored nine league goals and had 13 assists on his way to being named the club’s player of the year for the second successive campaign.

Everton emerged as early front-runners for Sigurdsson’s signature, with the Toffees spending heavily in the summer transfer window.

That figure could now rise significantly as Sigurdsson returns to Wales to speak to Swansea chairman Huw Jenkins about his future.

Swansea, meanwhile, will head to America for a three-game tour against the Philadelphia Union, the Richmond Kickers and North Carolina without their midfield talisman.