Former Channel 4 boss Luke Johnson has failed in his bid to fell a protected tree in the back garden of one of his multi-million-pound homes.

The entrepreneur had claimed it resembled “a large totem pole” and caused a “health risk” through roosting pigeons.

Mr Johnson, boss of private equity firm Risk Capital Partners, and his wife Liza fought a preservation order for a 15 metre-high sycamore in the £3.5 million house in Little Venice.

They claimed the tree at the eight-bedroom property harboured pigeons that could carry diseases and parasites, and its seed balls “can irritate the skin and cause respiratory problems”. They also claimed the roots had damaged foundations and garden walls and risked wrecking water and sewer  pipes. The tree was protected in January after neighbours became concerned it would be removed as part of Mr and Mrs Johnson’s renovation of the property. 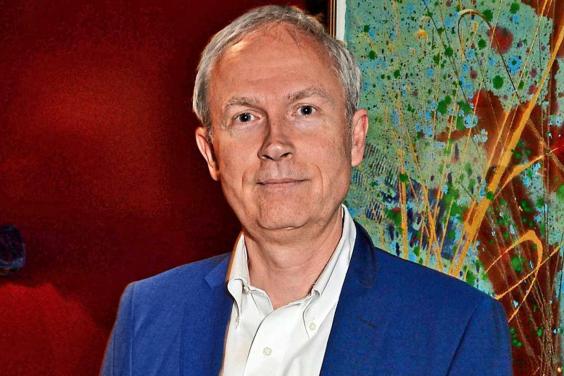 Luke Johnson wanted to chop down the tree (Dave Benett)

The couple promised to replace it with a smaller one. However, this week Westminster council’s planning committee upheld the preservation order.

After the decision the couple declined to comment. But in an earlier letter to Westminster they wrote: “The tree is simply too large for the nine-metre-square garden. It offers no amenity to the community. The tree is so tall and constrained within the spot that it resembles a large totem pole/telegraph pole. In addition the tree harbours large populations of pigeons which themselves pose a health risk with commonly psittacosis, but also salmonella, histoplasmosis, cryptococcosis, candidiasis and other parasites.”

Neighbour Lisa Schneider said she was “delighted” it had been saved, adding: “It’s been here longer than any of us and is a haven for wildlife, none of which cause health problems.”

The council’s senior arboricultural officer Barbara Milne dismissed claims about a risk to health. She recommended a bird scarer, saying “the problem of pigeon droppings is recognised as inconvenient, it is not considered to be of such merit as to warrant removal of the tree”.