Prosecutor Chris Paxton told Norwich Crown Court that Shade was a youth worker at a project in Norfolk when he sent sexual text messages to girls and touched one on the bottom. 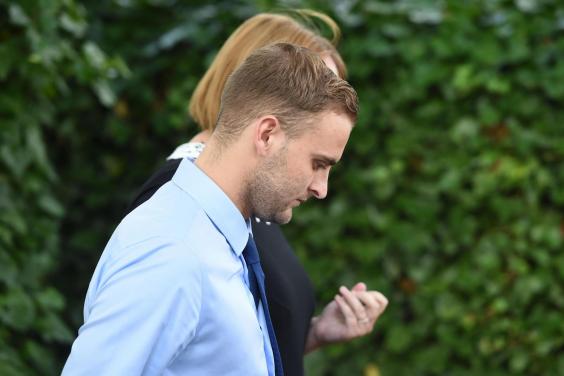 “He himself attended that youth project as a young person and got help from them,” said Mr Paxton. “As he reached the age of 18 he became formally employed as a youth worker and in this capacity as a youth worker he then engaged with many young people who came from similar backgrounds and vulnerabilities as he had.

“During the course of his employment he accepts by his pleas that his relationships became too close to a number of attendees and he would engage with them by texting them messages asking them to have sex or to send sexual pictures of breasts and the like.

Mr Paxton said Shade had no previous convictions and was “tearful and expressed a degree of remorse” when he was interviewed by police.

Shade, of Cliff Road, Sheringham, Norfolk, appeared unshaven in a blue shirt, dark blue tie and suit trousers and spoke only to enter his pleas.

Judge Maureen Bacon, bailing Shade until a sentencing date to be fixed, warned him that he could be sent to prison.