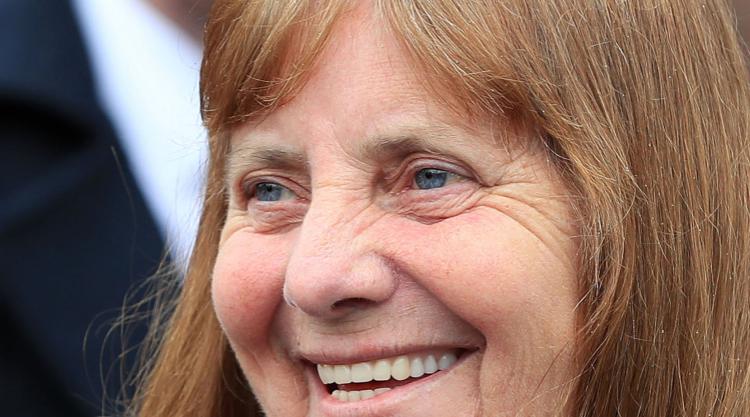 Families of 96 Hillsborough victims broke into applause as they were told match commander David Duckenfield and five others are to face criminal charges nearly 30 years on from the death of their loved ones.

Duckenfield, 72, along with former chief constable Sir Norman Bettison, 61, two other senior ex-South Yorkshire Police officers, the then force solicitor and the safety boss of Sheffield Wednesday, all will be prosecuted, the Crown Prosecution Service (CPS) announced.

Margaret Aspinall, chairwoman of Hillsborough Family Support Group, described today’s announcement to the families as the “beginning of the end”.

Mrs Aspinall, whose 18-year-old son, James, died in the tragedy, said: “No one should have to go through what the families have gone through for 28 years to try and get to the truth and to get accountability.

“I think now what has been achieved today will change things for the good of this nation and I think that’s the legacy of our 96, that they will have left behind.”

Match commander Duckenfield, a former South Yorkshire Police chief superintendent and officer in charge on the day, faces 95 counts of manslaughter by gross negligence, while Bettison, a chief inspector at the time of the disaster, faces four offences of misconduct in a public office over alleged lies in accounts of his involvement in the 1989 disaster.

In a statement, Bettison said: “I am disappointed to be charged with misconduct in a public office. The charge is not in relation to my actions around the time of the disaster but in relation to comments I made years afterwards.

“I will vigorously defend my innocence as I have been doing for nearly five years.”

The Football Association, South Yorkshire Ambulance Service, Wednesday and its architects and safety consultants will not be prosecuted, the CPS said.

Ninety-six Liverpool fans were crushed to death in pens at the Leppings Lane end of Hillsborough Stadium on April 15 1989, as their FA Cup semi-final cup-tie began against Nottingham Forest.

After decades of campaigning by relatives, an inquest jury last year ruled the victims had been unlawfully killed in a tragedy caused by police blunders, paving the way for prosecutions, after the quashing of original inquest verdicts in 1991 of accidental death.

Relatives of the 96 were told on Wednesday the six individuals will be charged by lawyers at a special meeting in Warrington, following a legal fight spanning three decades.

Lawyers have warned of possible consequences of commenting on the decision for fear of prejudicing a fair trial for the accused, now charges have been brought.

Barry Devonside, whose son Christopher, 18, was among the 96 killed, pumped his fist as he emerged from the meeting with the lawyers and other relatives.

He said: “Everybody applauded when it was announced that the most senior police officer on that particular day will have charges presented to him.”

Trevor Hicks, whose daughters Sarah and Vicki died in the disaster, said: “This is a success for society at large, not just for us.

“There will be six people facing criminal charges who might not have done if we hadn’t have been resilient and all stuck together and fought this long fight.”

Along with Duckenfield and Bettison, the four others charged are:

:: Graham Mackrell, who was Sheffield Wednesday’s company secretary and safety officer at the time, is charged with two offences involving the stadium safety certificate and a health and safety offence.

:: Peter Metcalf, the solicitor acting for South Yorkshire Police after the disaster, is charged with doing acts with intent to pervert the course of justice relating to changes made to witness statements.

There will be no manslaughter prosecution over the death of the 96th casualty, Anthony Bland, as he died almost four years later, and under the law in 1989 when the alleged offence was committed, his death is now “out of time” to be prosecuted.

At Prime Minister’s Questions, Labour leader Jeremy Corbyn said: “I think we should pay tribute to all of those that spent a great deal of time trying to ensure there was justice for those that died at Hillsborough.”

Announcing the charges, Sue Hemming, head of the special crime and counter-terrorism division at the CPS, said there was a further file from the Independent Police Complaints Commission (IPCC) on the conduct of West Midlands Police, which still needs “additional investigative work”.

Ian Lewis, solicitor for Duckenfield and Denton, said it would be “inappropriate” to comment.

Duckenfield has not been formally charged yet as the CPS will need to apply to a High Court judge to lift a stay.

The stay, halting further legal proceedings, was imposed by a now-retired judge after Duckenfield faced trial for two counts of manslaughter by gross negligence in a private prosecution brought by families in 1999.

A date for his court appearance is yet to be fixed.

The others will appear at Warrington Magistrates’ Court on August 9.