A family blasted in a shocking road rage rant by the man behind Sir David Attenborough’s famous wildlife documentaries have described the former BBC producer as acting “like a demented Basil Fawlty”.

Fergus Beeley, who produced some of the wildlife veteran’s most famous series including Planet Earth, was filmed calling a grandmother “an old s***” during his three-minute tirade on the M27 in Hampshire.

The foul-mouthed rant was filmed by Simon Gale, from Salisbury, Wiltshire, who told The Sun: “He was like a demented Basil Fawlty. It would have been a comedy if it wasn’t so scary. He kept shouting he was going to make a citizen’s arrest.

“It was just bizarre. You could almost see the steam coming from his ears. He was saying ‘Get ready to die’. Who says that?”

In the footage, the award-winning producer can be seen repeatedly telling the family they had “assaulted” him and he was placing them under “citizen’s arrest”. 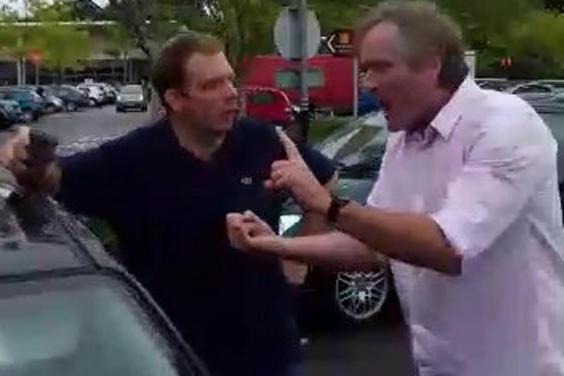 At one point he can be seen telling a passenger “I do want you dead” before trying to force open his car door.

Mrs Gale told the newspaper: “He was a vile bully to say that to a kid. Josh was really shaken up. That bloke was absolutely off his rocker.”