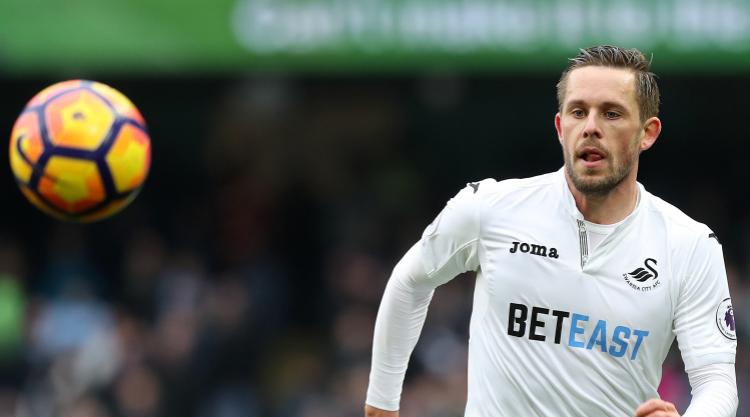 Swansea striker Fernando Llorente has returned to training after fracturing his arm but will not be considered for Manchester United’s Premier League visit on Saturday.

Llorente missed Swansea’s league opener at Southampton with an injury sustained while cycling on a family holiday.

The 32-year-old will miss United’s trip to the Liberty Stadium, but Swansea boss Paul Clement hopes the Spain international will play at Crystal Palace the following Saturday.

“Crystal Palace is a possibility. We will see,” Clement told the official Swansea website.

“Because of the nature of the injury to the arm, he lost a lot of upper-body bulk.

“He managed as well as possible to maintain his cardio-fitness, but he is going to have to rebuild that upper-body strength which he wasn’t able to work on while the arm was fractured.

“We will take it day by day with him.

“Hopefully he will respond well to the training and will be available soon.”

He has been constantly linked with a move to champions Chelsea throughout the summer and a reunion with his former Juventus manager Antonio Conte.

But Clement insisted last week that Llorente would be staying at Swansea, saying: “He has got a year to go on his deal and we’d like him to stay for this year and longer.

“I’m confident he will because of the conversations I’ve had with Fernando.

“He’s a really good player and it’s a shame with the injury he got in the summer.

“It’s a freak one and he did finish off the season strongly. His goals were vital and we want to have him as an option.”