Firefighters’ response to a 7/7-style terror attack on London would be far less effective than it was at the time because of cuts to the service, a union has warned.

The Fire Brigades Union (FBU) said four fire stations in the capital have closed, 1,000 jobs and nine engines have been lost to “sustained cuts” since the Tube and bus attacks.

Matt Wrack, FBU general secretary, said the closures mean the is “no guarantees” the response time of crews to the 2005 terror attack could be repeated 12 years later.

He said: “More than 200 firefighters were deployed to rescue those caught up in these dreadful attacks, coming from fire stations closest to the attacks, four of which have since been shut down due to funding cuts. 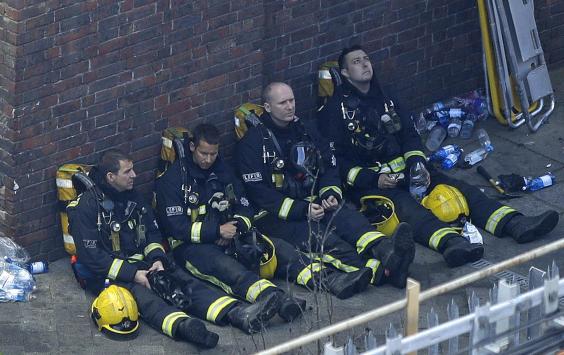 “These closures, combined with huge job losses and nine fire engines being taken off the run, mean there can be no guarantees that the effective, timely response of fire crews back then would be repeated 12 years later.”

He raised concerns after Londoners saw terror brought to its streets this year in attacks such as those on Westminster Bridge, London Bridge and Borough Market.

The firefighter added: “Given that terrorist attacks are showing no signs of abating – the reverse is sadly true in fact – the FBU is extremely worried on behalf of its members and the public.

“These crucial, life-saving resources need to be put back into the London Fire Brigade so that the public can feel safe again and that London firefighters can be confident that they could carry out effective, timely rescues.”

Mr Wrack has also slammed a new pay offer for firefighters that breaches the Government’s current one per cent cap on public sector workers.

He said the offer does not recognise extra work crews have been doing and that it fails to address their falling living standards after enduring “seven years of pay restraint.”