This is the first picture of a young father-to-be who died after being dragged from the fume-filled basement of a £5 million Notting Hill mansion which was undergoing refurbishment.

Dorin Alexandru, 27, known as Alex to his friends, was killed after “inhaling toxic fumes” while working as an industrial cleaner at a property that was being renovated.

Medics rescued him from the basement and battled to revive him for 30 minutes performing CPR on the pavement.

Despite their efforts, he was pronounced dead at the scene in Berkeley Gardens at 4.36pm on Tuesday, July 25. 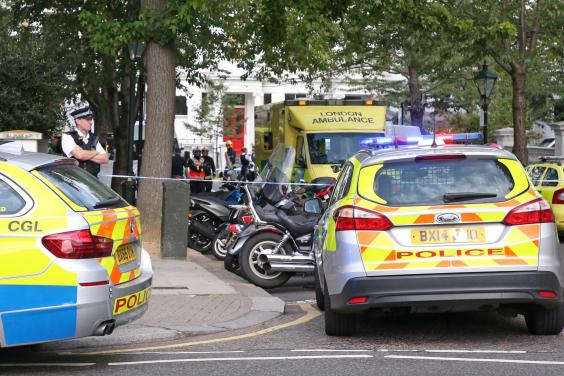 The aftermath of the incident in Notting Hill (NIGEL HOWARD )

Mr Alexandru, who was from Romania and lived in West Norwood, south London, was expecting his first child with his girlfriend Lavinia Ignat.

Ms Ignat, who is six months pregnant, shared a heartfelt tribute to her partner online, writing: “Rest in peace, my love. Thank you for the love and wonderful moments spent with you.

“You were, you are and you will be all for me. Thank you for the most beautiful gift in my life, our baby, Alex Jr.

“You will live through us and we will continue together this beautiful journey called life. I love you, take care of us.” 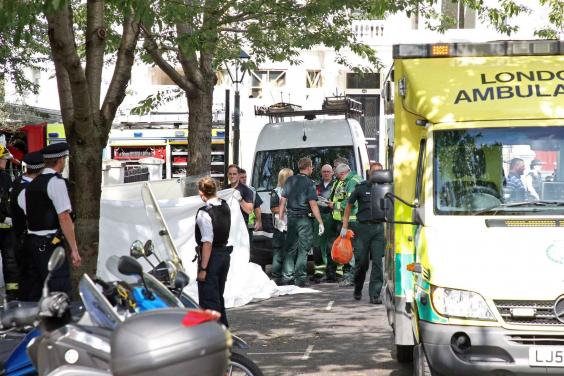 Emergency response: Medical staff, police and firefighters at the scene of the incident (NIGEL HOWARD)

A Just Giving page has been set up to raise funds to repatriate Mr Alexandru’s body and to help Ms Ignat with legal and living costs.

A statement on the page reads: “We’re raising £5,000, following the tragic death of Alex in a freak work accident, to help his beloved Lavinia to a new start for her and their born-to-be son.

“Alex and Lavinia are a happy couple from Romania with a baby on the way and high hopes for the future until Alex’s phone goes mute on the afternoon of Tuesday, July 25.

“Alex was working on a over-one-million-pound property refurbishment when he was found unconscious in the basement of the property in west London.

“Despite great efforts by fire and ambulance crew Alex died, killed by the fumes of the toxic chemicals he was using.

“Lavinia is determined and strong: she will make it for her and for their baby, she only needs a bit of help to start over.”

Following his death, residents who live in Berkeley Gardens told the Standard they had smelt “awful” fumes coming from the property as the renovation works continued inside and outside.

One neighbour said a woman, believed to be Ms Ignat, was sitting next to Mr Alexandru’s body in floods of tears.

Scotland Yard said a post mortem examination has been carried out and the result awaits further forensic investigation.

Detectives from Kensington and Chelsea Council are working with the Health and Safety Executive to investigate the incident.