Football legend Ronaldinho was mobbed by a huge crowd of cheering fans at five-a-side pitches in south London after turning up there for a top secret event.

Scores of fans surrounded the former Brazil international, chanting his name as he made his way through the crowd in Peckham on Wednesday night.

Video footage shows frenzied scenes as the crowd surged towards the star, hoping to meet him face-to-face.

Ronaldinho, clad head to toe in black with his hood up, was among several football legends who turned up at Brimmington Park in south London to the amazement of fans. 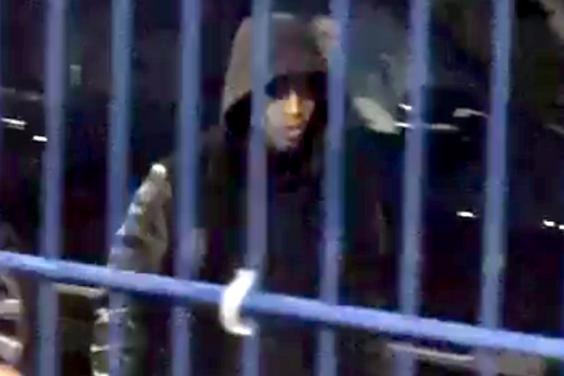 Eden Hazard and Brazil’s Ronaldo were also present at the promotional event by Nike. 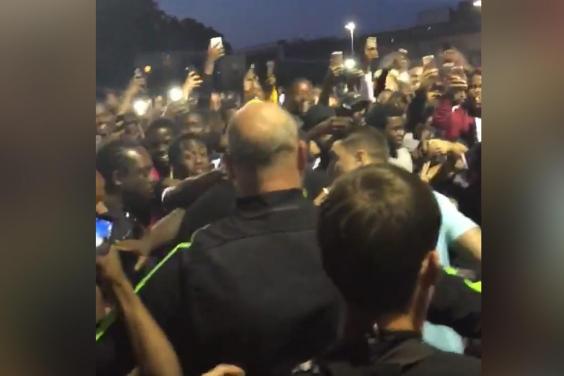 Footage from the scene shows crowds gathered to catch a glimpse of the ex-Barcelona star at a flood-lit football pitch.

The World Cup winner also posted a picture of himself online in front of the River Thames ahead of the event, which sent his London-based fans into a frenzy.

The star posted the image, which has been liked more than 300,000 times, on his Instagram account, with the caption: “Peckham, I’m ready to ball.”

News of his arrival spread fast on social media, with one Twitter user posting: “Ronaldinho ready to ball near Peckham. Mad scenes.”

Another wrote: “Ronaldinho in Peckham is something I thought I’d never see. Next week: Gazza in Penge.”