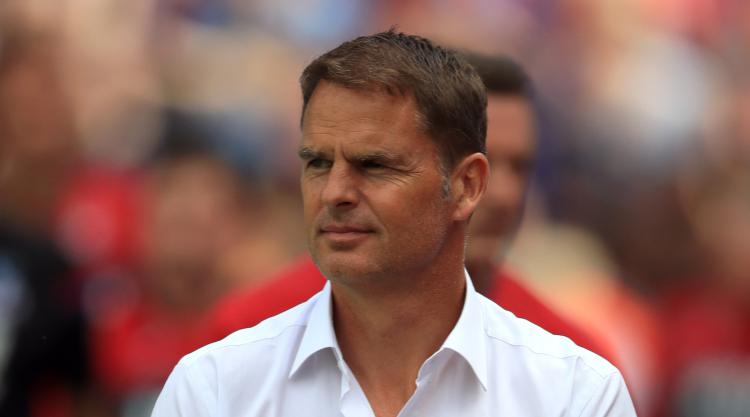 Palace chairman Steve Parish said in his programme notes for Saturday’s home game with Swansea that he was hopeful deals will be done, adding the Eagles have “got some firepower left” when it comes to transfer activity.

The need to recruit was brought in to sharper focus as Palace lost 2-0 to opponents who had not managed an on-target attempt in their opening two Premier League games.

Palace have now failed to score or collect a point in new boss De Boer’s three games in charge, and only West Ham are below them in the table heading in to the international break.

“We are looking for players of course,” De Boer said.

“But it has to really give quality to us. We will see.

De Boer refused to be drawn on whether Palace would make a move for Liverpool defender Mamadou Sakho.

The France international was a hit on loan at Selhurst Park last season but De Boer has previously said he is “too expensive”, with some reports claiming the Reds want Â£30million.

“I don’t know,” De Boer replied when asked about the possibility of signing Sakho.

“We know what kind of impact he had last season. But for now I can’t say about it.”

Palace’s teething problems under the Dutchman were evident again with Swansea not facing any sustained pressure until they went 2-0 ahead.

There was a more direct style to Palace’s second-half play, something which De Boer is said to want to move away from in implementing the passing game he grew up with at Ajax.

But De Boer said: “I don’t see it as a change of style. It was not different to Liverpool (when Palace lost 1-0) where I thought we did really well.

“Defending is not the most difficult thing, but when you have the ball you have to make the right choices.”

Swansea boss Paul Clement has targeted a “creative player” in the final days of the transfer window following the Â£45million sale of Gylfi Sigurdsson to Everton.

And Clement is adamant Fernando Llorente will be remaining at Swansea, despite renewed speculation linking him to Chelsea and his former Juventus manager Antonio Conte.

Llorente has yet to play this season after fracturing his arm while cycling on holiday last month, but he is due to return after the international break.

“I am confident Llorente will stay and I see no reason why I shouldn’t be,” Clement said.

“At the same time, I also understand how the window works and all of a sudden something can come out of absolutely nowhere.

“But most importantly, we won’t do anything unless it’s the right thing for the club. That includes both in and out.”