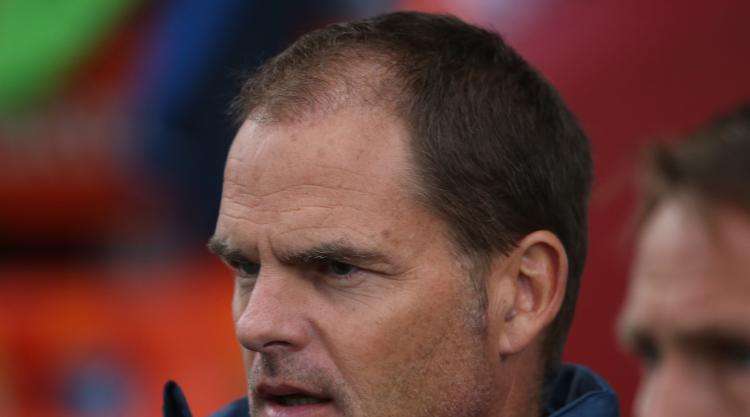 Frank de Boer is “very excited” about the opportunity to take over as Crystal Palace manager, according to his twin brother Ronald.

The Eagles look set to be closing in on their next new boss following the surprise resignation of Sam Allardyce at the end of last season, having just successfully secured the club’s Premier League status.

A number of coaches were said to have been on the south London club’s shortlist – including Marco Silva, who has since taken over at Watford following his departure from relegated Hull, Frenchman Christophe Galtier, Burnley boss Sean Dyche and Mauricio Pellegrino, the Argentine now appearing on the verge of joining Southampton.

Palace are yet to make any official comment on their recruitment process, with chairman Steve Parish understood to be on holiday although that would not necessarily delay any announcement.

However, it now appears former Ajax, Barcelona and Rangers defender De Boer is in pole position to take over at Selhurst Park, where he would become the eighth manager in seven years as the board eye an appointment for the long-term.

“He is very excited of course,” Ronald de Boer said to talkSPORT.

“I know they are talking and I think it’s just about little terms with the coaching staff etc, so I don’t see any problem, but of course it is not for me to say if it is a done deal.”

De Boer, 47, left his last job at Inter Milan in November – having been in charge for only 14 matches – after he was unable to produce the consistency which saw him deliver the Eredivisie title for Ajax over four consecutive seasons.

Ronald de Boer believes his brother can make an impact on the English top flight, where fellow former Oranje international Ronald Koeman has enjoyed successful spells at both Southampton and then last season at Everton.

“It’s the biggest league – everybody knows it, everybody is watching the Premier League,” Ronald de Boer said.

“You can do really something if you have the chance, because there is money involved and you can buy players.

“It is an interesting league to see what you are capable of, fitting a team (together) that is good enough for the Premier League.”

The Eagles could well get their first chance to see what de Boer’s side might look like at the Premier League Asia Trophy in Hong Kong next month, which will also feature Liverpool, West Brom and Leicester.

Ronald de Boer added: “Frank has always stood for his football to be attractive, but also he likes teams to be pressing high up and make sure that the ball most of the time stays on the ground, to hopefully have the ball quickly in the possession to try to score.

“But knows he will have to get to know the players and what kind of system will fit those players, so it is important he gets a good run, like a six-week pre-season because (after) you can then know the players better.”