More than 70 police officers were injured as violent scenes continued into the night during anti-capitalist protests ahead of the G20 summit in Hamburg.

Protesters smashed up cars and buildings, started fires and threw bottles at officers in clashes during the “Welcome To Hell” protest, demonstrating against the meeting of world leaders.

It is believed that at least 76 police officers were hurt, including police helicopter pilots who sustained eye injuries when laser pointers were directed at them. Three officers required treatment in hospital.

Dramatic photos show hundreds of riot police wearing helmets and firing water cannons at the 13,000-strong crown in a bid to disperse them. 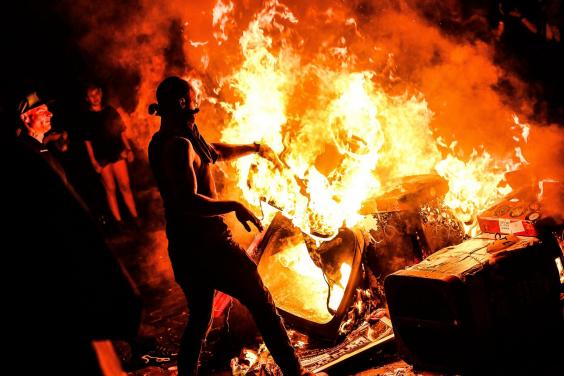 Violent: Protesters built barricades and then set them alight (EPA)

The event descended into chaos at around midnight – with footage showing furniture being set alight in the middle of the street.

A Reuters eyewitness saw at least one man with blood covering his face being treated and medics were seen to be tending to several other protesters. 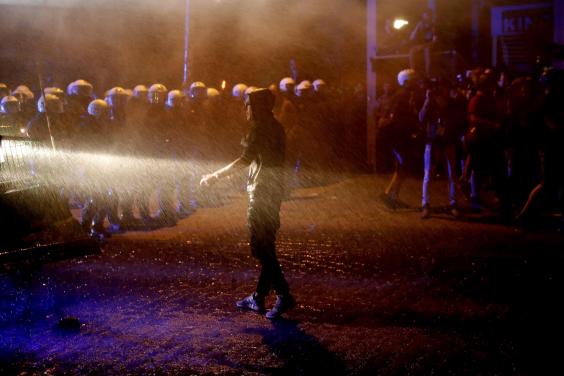 Police expect around 100,000 protesters to descend on the northern German city as the meeting takes place and have stationed 20,000 officers to be on hand. 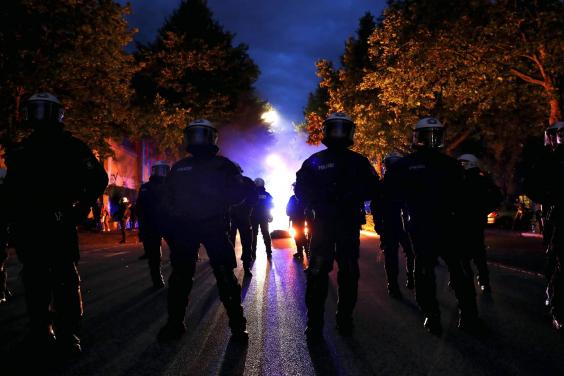 Police: There are 20,000 officers on stand-by over the weekend (EPA)

During the meeting, the President is expected to endure a grilling from other world leaders over his recent decision to withdraw from the Paris climate change agreement.

Whilst, for Ms Merkel, the meeting represents a chance for her to make an example of her diplomatic skill as she seeks re-election in September. 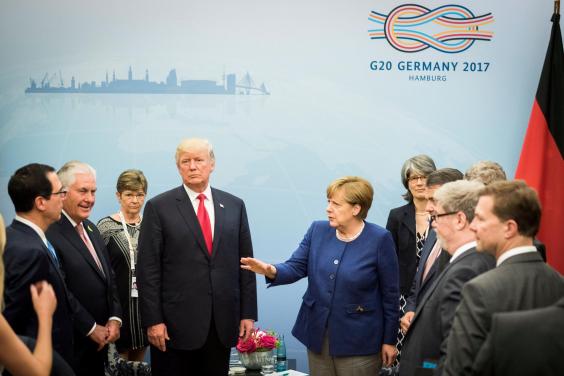 Before meeting Trump, she struck a consensual tone, holding out hope for agreement on the divisive issue of climate policy and pledging to broker compromises.

She promised to represent German and European interests at the summit, but added: “On the other hand, as hosts we – and I – will do all we can to find compromises.”