The gang behind a £26 million a year cannabis operation believed to be one of the biggest of its kind in the UK have been jailed for a total of 90 years.

The criminals, including seven Londoners, produced the cannabis between 2013 and 2015.

They were foiled when a total of 16,428 cannabis plants were seized at sites in Kent and Norfolk.

At the Norfolk site, the total loss of electricity caused by the power supply being tampered with and the meter being bypassed totalled about £30,000. 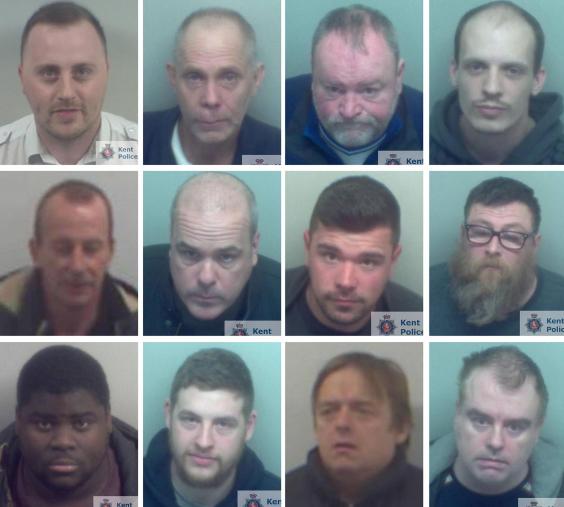 Twelve of the men responsible for the huge cannabis operation (PA)

The illicit operation began to unravel when police found the first factory, in Rochester High Street, Kent, after being called to reports of a burglary there on June 28, 2013.

Officers discovered the unit had been leased to James Allen, from Abbey Wood, south-east London, since December 2012.

Colin Walls, 53 and of no fixed address, got six years; Terrance Murphy, 47, of Caspian Way from Essex, got three years, and Stephen Creed, 46, from Great Yarmouth, was sentenced to six years in prison.

A 15th offender, Alan Marquiss, 69, of Disraeli Road in Thamesmead, will be sentenced in September.

Further inquiries revealed that Allen and other gang members had rented other units at the site under false names.

Fifteen people, including Allen, 39, were convicted of conspiring to produce cannabis. Of the 15, 14 were also convicted of abstracting electricity. 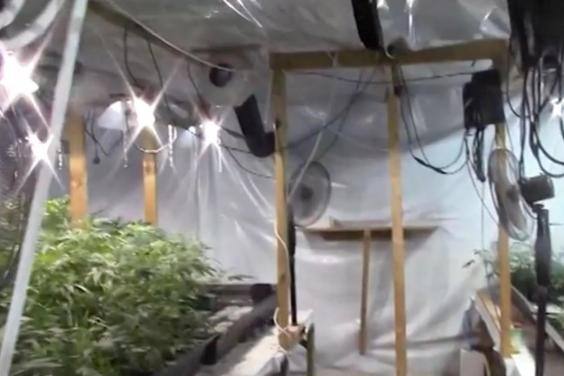 Following the sentencing of 14 of the 15 criminals, Detective Inspector James Derham, of the Kent and Essex Serious Crime Directorate, said: “This was a highly organised and prolific conspiracy to produce and sell cannabis on an industrial scale.

“We estimate the annual street value of these plants was in excess of £26 million – a significant amount of money that could have been used to fund further criminal activity.”

Detective Inspector Tom Smith, from Norfolk Constabulary, said: “This was the largest cannabis factory ever discovered in Norfolk during a joint operation with Kent and Essex Serious Crime Directorate.

“The operation was complex and time consuming but demonstrates that organised crime and drug trafficking networks operating in Norfolk will be targeted and closed down.”