The second-largest diamond to be found in the rough in modern history may have to be cut before it can be sold.

The tennis ball-sized 1,109-carat stone known as  ‘Lesedi La Rona’, or ‘Our Light’ failed to sell unpolished at a Sotheby’s auction last summer.

William Lamb, CEO of Canada’s Lucara Diamond Corp, told Reuters he had hoped for much better.

“It’s only the second stone recovered in the history of humanity over 1,000 carats. Why would you want to polish it?” he said. 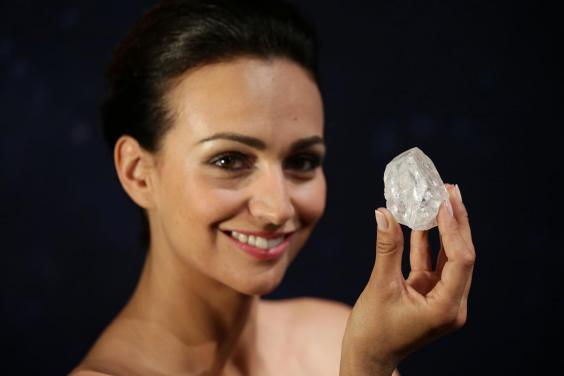 “The stone in the rough form contains untold potential… As soon as you polish it into one solution, everything else is gone.”

A sale held for the 2.5 to 3 billion-year-old rock failed to meet its reserve last June when buyers demurred at $61 million (about £45.4 million). Lucara had hoped for nine million dollars more.

Experts say buyers are shy since the technology and expertise needed to cut and polish such a gigantic stone is hard to come by – and there is no guarantee that the resulting gems would score well on the industry’s tough grading system.