Parents were today being warned to be vigilant after a five-year-old girl was sexually assaulted at a playground in North London.

The child was at Highgate Wood in Muswell Hill with a relative on Sunday afternoon when the attack took place.

Police said that when she went home, the little girl did not feel well. She then told her mother she was sexually assaulted by an unknown man at the playground.

The victim was taken to a north London hospital and the police were called. No injuries were reported. 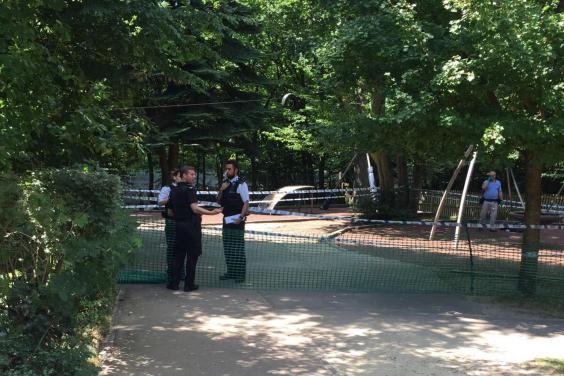 Police officers at the scene in Highgate Wood

Officers set up a crime scene as they investigated the attack.

Parents were today sharing news about the assault on social media, urging parents to “please be vigilant”.

A spokesman for the Met said no arrests have been made and “enquiries continue”.

Any witnesses or anyone with information is asked to contact the police on 101 or Crimestoppers anonymously on 0800 555 111 or www.crimestoppers-uk.org.