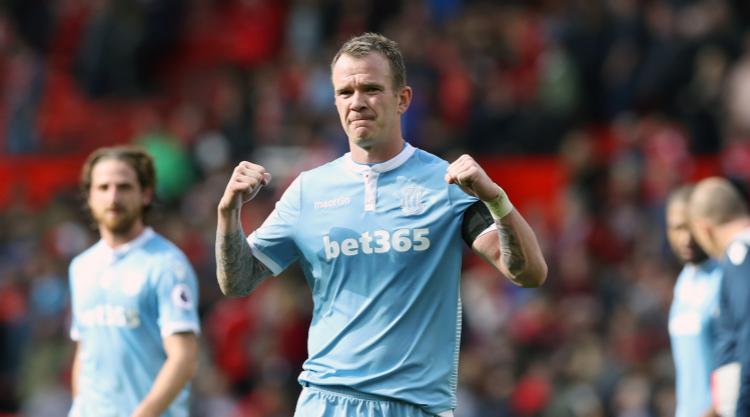 Aston Villa have signed Stoke midfielder Glenn Whelan in a deal which could rise to £2million.

The 33-year-old has put pen to paper on a two-year contract at Villa Park, bringing to an end his nine-year association with the Premier League side.

“I have enjoyed happy times at Stoke City but now is the time for a new football adventure – and what a club to join in Aston Villa,” Whelan told Villa’s official club website.

“We may be in the Championship but everything about this club screams Premier League – and it’s the job of the players to get us back up there.

“I am looking forward to working with Steve Bruce. I know he has a phenomenal record in achieving promotion to the top flight and, having spoken to him at length, I am more than aware of how much he wants to get back there again with this great club.”

Villa have paid Stoke an initial £1.25million but the fee could rise to £2million with certain add-ons and clauses.

Whelan made more than 330 appearances for Stoke after joining the club from Sheffield Wednesday for £500,000 in January 2008.

He helped the Potters clinch promotion to the Premier League during the 2008/09 season and was a mainstay in the team as Stoke went on to establish themselves in the top flight.

The Republic of Ireland international becomes the fourth new arrival at Villa this summer after the signings of Ahmed Elmohamady, John Terry and Sam Johnstone.