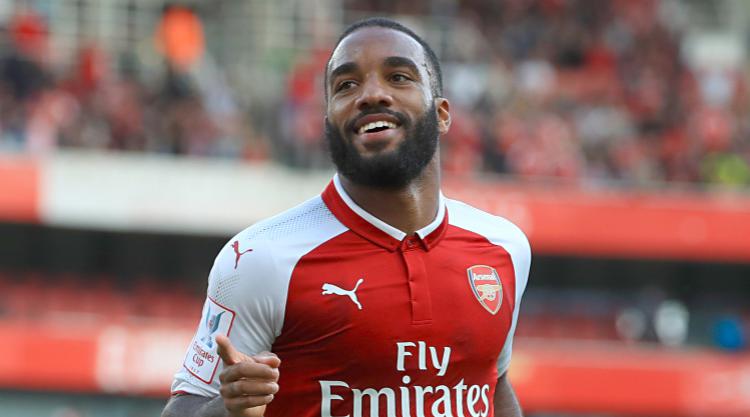 Arsenal may have got the best of the summer’s spending rush on strikers, if the players’ goalscoring records are any indication.

The Frenchman was the cheapest of the three at ‘only’ Â£45million, and he has been the most prolific in recent years.

We looked at the players’ minutes-per-goal record over the last three campaigns, along with those of the primary strikers at the rest of the top flight’s leading clubs.

Lacazette has scored a goal every 115.4 minutes in that time, perfectly in line with Tottenham’s repeat Premier League Golden Boot winner Harry Kane (115.3) with only Sergio Aguero out in front.

The Manchester City man has drifted in and out of favour under Pep Guardiola, and faces a threat to his place from Gabriel Jesus, but remains the most prolific player in the study with a goal every 108 minutes.

While it could be argued Lacazette faced easier competition in Ligue 1, Ibrahimovic continued to score regularly after moving from Paris St Germain to United – while playing in LaLiga has hardly prevented Morata’s former Real Madrid team-mate Cristiano Ronaldo or Barcelona’s Lionel Messi racking up the goals. Furthermore, the study also includes the Champions League and Europa League as well as the domestic league and cups.

Liverpool’s goals were shared out among their attacking players as they finished fourth last term, with Roberto Firmino, Sadio Mane and Philippe Coutinho all notable contributors. Their most traditional striker remains Daniel Sturridge, who averages a goal every 158.8 minutes in limited action.

Everton have recruited ambitiously this summer in a bid to advance towards the top four, including bringing their former talisman Wayne Rooney back to the club.

They will hope a change of scenery, and possibly a return to a more advanced position, can see the ex-United man improve on his record of a goal every 246 minutes over recent seasons, and every 302 minutes last term.