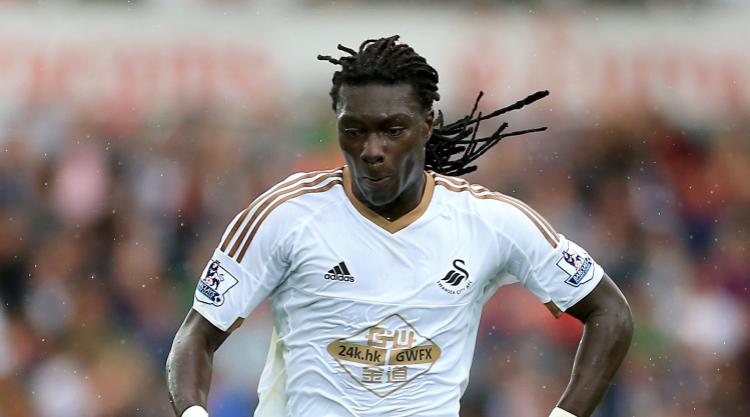 Swansea striker Bafetimbi Gomis has completed his move to Galatasaray, the Premier League club have announced.

The 12-times capped France forward posted a picture of himself on Instagram on an Istanbul-bound plane on Wednesday.

He was later pictured on the official Galatasaray website draped in a club scarf, and and the deal was quickly concluded.

“We can confirm that @BafGomis has joined @Galatasaray for an undisclosed fee,” Swansea said on their official Twitter account. “Good luck, Bafe!”

Swansea are expected to receive around £2.5million for the 31-year-old, who joined them on a free transfer from Lyon in 2014.

Gomis signed a four-year contract at the Liberty Stadium, but had a limited impact during his time in south Wales after beginning his Swansea career as back-up to Wilfried Bony.

After Bony’s departure to Manchester City in January 2015, Gomis established himself as Swansea’s main striker and scored 17 goals in 71 games.

But he spent last season on loan at Ligue 1 club Marseille, where he scored 20 goals in 31 league games.

Before leaving for Turkey, he posted a farewell to the club’s fans on Instagram, saying: “I had come with a very specific goal, to help the club qualify for Europe and score 20 goals, and this happened.

“Today a page turns for me. I have made the choice to leave for a new experience, I leave with a heavy heart because I leave friends, brothers, a stadium, a city, a family, great men.”

Swansea are set to replace Gomis by signing Chelsea’s England Under-21 striker Tammy Abraham on a season-long loan.

Abraham spent last season at Bristol City – scoring 23 goals in the Sky Bet Championship – and Chelsea were keen for the 19-year-old to gain further loan experience in the Premier League.

The deal should be formally completed following England U21’s departure from Euro 2017, where Abraham scored in normal time before missing a penalty in the semi-final shoot-out defeat to Germany.

Swansea also hope to conclude the signing of Las Palmas midfielder Roque Mesa for 13million Euros (£11.5m) in the next 48 hours.

The 28-year-old central midfielder had a pass completion rate of 91.4 per cent last season, the fourth highest in LaLiga in the campaign just finished.

Swansea have began clearing the decks for Mesa’s arrival by parting company with Franck Tabanou.

The former France Under-21 defender joined from Ligue 1 club St Etienne in June 2015, but made only three appearances for Swansea, all in cup competitions.

Swansea said they had reached a “compromise agreement” with Tabanou to end the remaining one year of his contract in order to help the 28-year-old find a new club.