Justine Greening pledged to create a “world class education system” as she announced £1.3 billion in funding is to be pumped into schools over the next two years.

The education secretary announced the extra funding under a revised National Funding Formula as she appeared before MPs on Monday.

The funding will be taken from savings from existing budgets, such as spending on free school plans.

It comes after hundreds of parents, children and teachers marched through central London to protest “unacceptable” cuts to school funding. 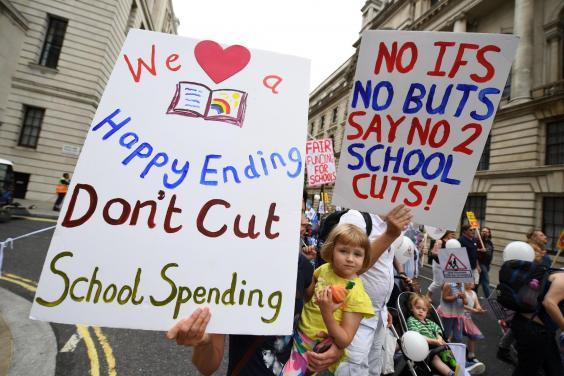 But opposing politicians claimed the statement “raised more questions than answers” and that the funding is “nothing more than a sticking plaster”.

Ms Greening told MPs: “The significant investment we are making in schools in the reforms that we are introducing underpin our aim for a world class education system.

“Together they will give schools a firm foundation that will enbable them to continue to raise standards, promote school mobility and to give every child the best possible education and the best opportunities for the future.”

A new National Funding Formula was introduced by Ms Greening just before Christmas, but was criticised by some headteachers and parents.

Campaigners have called on the Government to reverse cuts to school budgets that have taken place since 2015 and protect per pupil funding in real terms.

Labour shadow secretary Angela Rayner thanked teachers and parents for campaigning for more funding, but criticised the money as not enough to help schools across the UK.

Ms Rayner: “I know they’re in full retreat from their own manifesto, but I don’t see how this £1.3bn can possibly be within it.

She added: “Astoundingly this has all been funded without a penny of new money from the Treasury.”