Victims made homeless by the Grenfell Tower disaster will all be rehoused within 12 months, Kensington and Chelsea Council has said.

The crisis-stricken council released a lengthy document on Friday, in which it set out its aims to prioritise rehousing bereaved families, and those with members with a serious mental, physical or learning disability.

The third level of priority housing will be given to households with dependent children.

At least 80 people are believed to have died when a huge fire broke out at Grenfell Tower on June 14.

If two families are on the same band of priority for rehousing, the council says preference will be given to those who lived in the tower for longest.

The local authority said it will rehouse anyone who “immediately before the fire” was living at Grenfell Tower or Grenfell Walk as their “main home”.

The document also tells residents that the council’s new Grenfell Rehousing Policy awards “the very highest priority for rehousing to permanent social housing”, which equates to 3,000 points on its social housing register.

The council also reiterated that residents will not have to pay rent, service charges or core utility gas bills for a year, even if part of that year is spent in temporary accommodation. 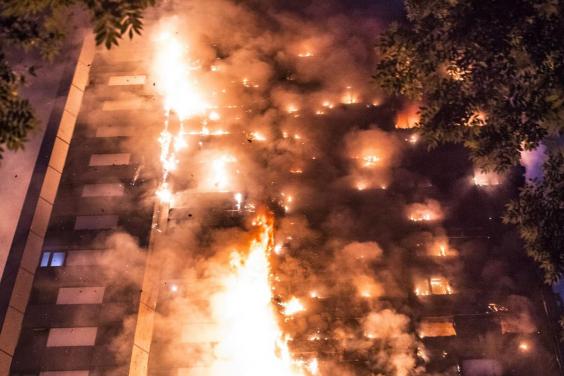 And after the initial year, even if families are rehoused to larger homes, they will not have to pay more rent than they were initially paying while at Grenfell.

The council said residents can expect to be offered properties with the same sized bedrooms as Grenfell Tower or nearby Grenfell Walk, and this will happen via a private online system they will use to bid on housing when it becomes available.

The homes will be furnished and include white goods “provided at no cost”, and any moving costs for moves to temporary or permanent accommodation will be covered.

The dense three-page Q&A also assured residents that the £5,000 received by each household plus the £500 per person over 16 from the Government, and the £10,000 fresh start grant per household, will not affect their assessments for legal aid or welfare benefits.

The assurances come after the former judge leading the Grenfell Tower inquiry said a meeting with residents was “very useful and powerful”, despite concerns about the make-up of his team.

In the meeting between retired Court of Appeal judge Sir Martin Moore-Bick and those affected by the devastating blaze on June 14, residents repeated their desire that the inquiry team should better reflect the “diversity” of those on the west London estate.

A crowd of around 50 residents and supporters attended the meeting in White City on Thursday evening, after survivors were given a further week to make their case about which issues the forthcoming public inquiry should consider.

The consultation on the terms of reference for the probe has been further extended to August 4, the inquiry team said.