A tearful Grenfell Tower survivor held up the key to her destroyed flat as she pleaded with councillors to help victims of the devastating fire.

The woman, who lived on the tenth floor of the tower, was one of numerous victims to address members of Kensington and Chelsea Council at an emotional public meeting on Wednesday evening.

One man held up debris from Grenfell Tower as victims slammed the council’s actions in the aftermath of the deadly blaze.

People in the public gallery shouted “shame on you” as Tory councillors spoke at the town hall, while members of the administration admitted feeling “shame” at their response.

The meeting was overshadowed by protests outside, with hundreds of demonstrators chanting “Justice for Grenfell” and “murderers” as the meeting began.

At least 80 people died in the fire at Grenfell Tower.

Numerous members and survivors told stories of being “ignored” in the weeks following the fire at the full council meeting – the first held since the blaze on June 14.

One Iranian woman told councillors of painful memories of friends who died at Grenfell Tower as she held up the key her 10th floor flat.

Speaking through a translator, she said: “I’m here to represent those who died innocently and they are powders now – their bodies’ powders – and those survivors who are burning inside themselves and nobody hears them and nobody listens to them.

“They say they understand us but the truth of the matter is they don’t.” 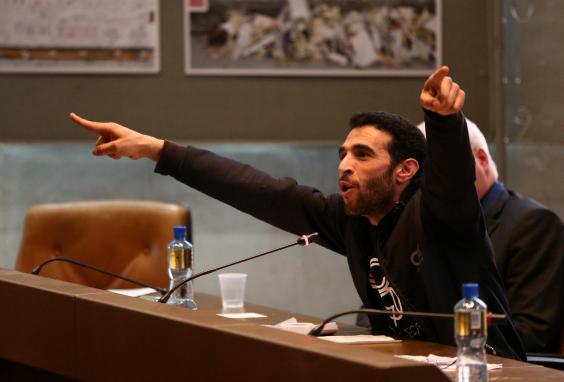 The woman then held up the key to her 10th floor flat to councillors and added: “This has got a lot of memories for me.

“Every time I look at this key and want and I ask what is the difference between us human beings? 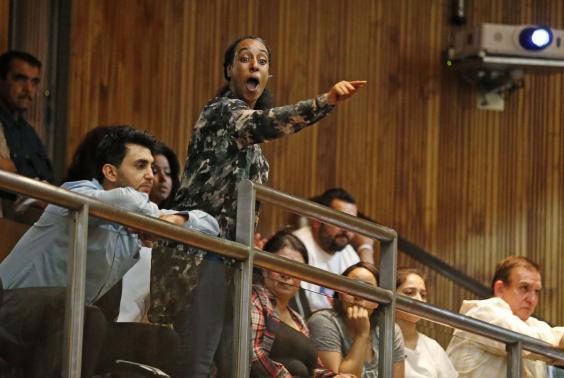 She added: “Why do you judge people because of what they’ve got – their wealth? Why don’t you care about human beings right here?

“Don’t let the other survivors die and their lives ruined because of the traumas. 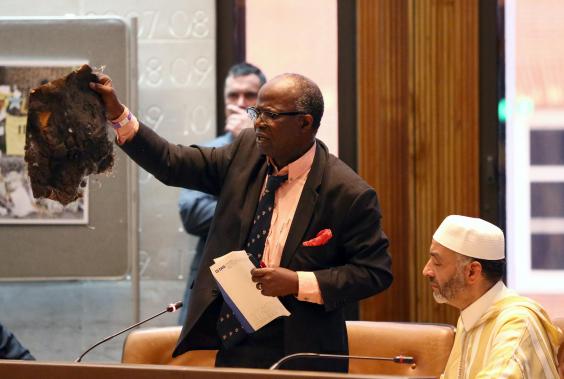 “We need you right now.”

A woman who said her teenage niece had perished in the blaze then addressed the chamber.

She said her brother and sister-in-law could not speak in public because “their pain is too huge” and that councillors should be “embarrassed” by their “totally inadequate” response.

A public gallery packed with former Grenfell Tower residents and an over-spill room containing at least 150 community members and volunteers were present.

Six extra chairs were placed on the chamber floor underneath the public gallery at the request of survivors, some of whom indicated they may wish to speak during the meeting.

At least one person was let in midway through the meeting after furious banging on the locked door separating the public gallery from the chamber floor was heard.

Shortly after a survivor told the room he had been living in a hotel room with one double bed for him, his wife and three children since the tragedy.

“I was forgotten about,” he explained.

The main problem residents were facing was a lack of action, he said.

“You know who done something for us?”, he asked. “The residents of north Kensington. Our community. Our neighbours.”

The meeting saw Elizabeth Campbell formally elected as its new leader after the resignation of Nicholas Paget-Brown.

She was booed and heckled as she apologised to victims and admitted the council “did not do enough” to help victims in the fire’s aftermath.

A 1,500 strong signature petition calling for the entire council to resign was also debated by the councillors on Wednesday.

The meeting was brought to an abrupt end after a member of the public collapsed, who was was helped to her feet by medics and was assisted as she walked from the room.