The safety protocol which encouraged residents to “stay put” inside Grenfell Tower as flames ripped through the block was ditched nearly two hours after the blaze took hold, it has been claimed.

When the fire was first reported shortly before 1am residents were told to “stay put” on the assumption that the fire would not spread.

However it took two hours before this guidance was changed as fire crews struggled with the scale of the inferno.

It has been claimed that many victims are thought to have died in the 24-storey burning building as a result of the policy which is now being investigated by police. 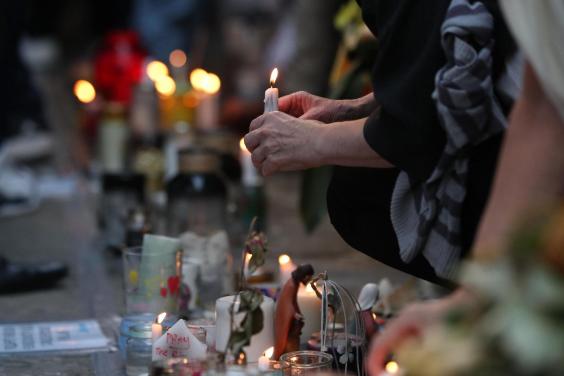 The claims come as London Mayor Sadiq Khan prepares to speak at the London Assembly later today to tell members what lessons have been learnt from the tragedy.

Coroners revealed 34 of at least 80 people believed to have died in the fire have been formally identified. But the search is still on-going, whilst a public inquiry and criminal investigation continues.

A public meeting at Kensington and Chelsea Council was arranged to provide locals with a chance to put questions to key figures leading the investigation.

But the meeting quickly descended into chaos as residents heckled investigating Officer Matt Bonner calling on him to “arrest someone” after he said the investigation would “not be quick but it would be thorough”.

Also in attendance was incoming council leader Elizabeth Campbell, who was heckled by one audience member, who earlier admitted she had not visited high-rise council blocks before. 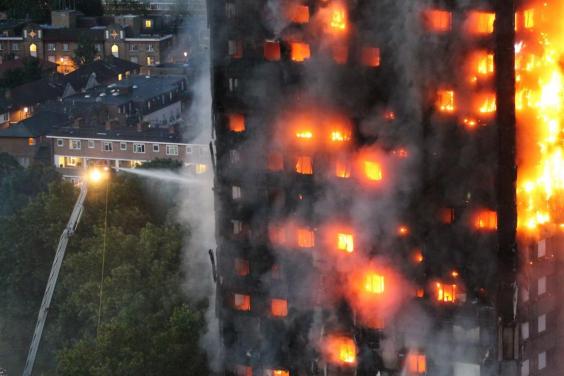 On Wednesday, hundreds of mourners gathered at a vigil in the west London neighbourhood to mark four weeks since the blaze.

Emma Dent Coad, the newly elected MP for the area, told the Press Association: “It is still chaotic, the whole process of housing people, getting them social housing, mental health help, whatever other help they are getting, obviously the people who aren’t getting help come to me.

An update from The Department for Communities and Local government revealed 224 buildings across 57 boroughs used material that failed its fire safety tests.

Communities Secretary Sajid Javid said all high-rise buildings found to have been wrapped in flammable cladding will be subject to a so-called whole system test, when they are scrutinised for fire safety in conjunction with the building’s insulation.

But he added these tests have not yet been completed.