The music producer, who’s part of Boy Better Know, was speaking during a live debate on Radio 1.

Guests argued for and against legalising the drug, or forms of it, in the programme on Tuesday night.

It’s after Newsbeat looked at cannabis laws around the world in Cannabis: Time for a Change?

Jammer said that people are “getting psychosis” because they are smoking unregulated, high-strength types of cannabis, often called skunk.

He added that cannabis education is “still minimal” with very little information available to young users. 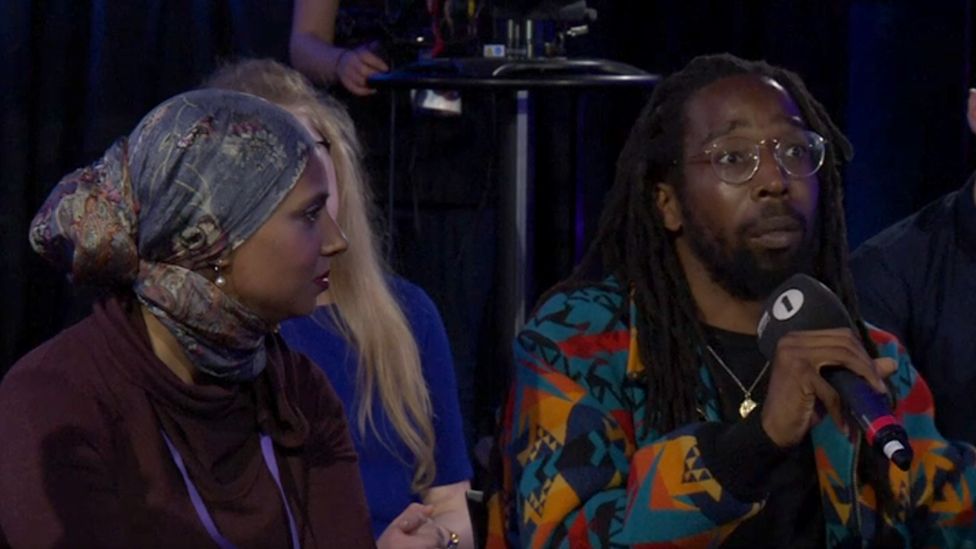 Image caption Dr Ayesha Sharieff, a GP in London, and Jammer from BBK in the Radio 1 Live Lounge

Dr Ayesha Sharieff, a GP in south London, says she has seen “absolute devastation in vulnerable families” caused by cannabis use.

She explained that psychosis is “an acute mental health disorder where you lose connection with reality”.

Cannabis in the UK

“It has huge ramifications for your future as well.”

On the possible medical benefits of cannabis, she added: “We need more high quality research in this area to really make a good decision for everyone.”

The science of ‘skunk’

“If you look at the cannabis problem now, you will see a lot of the psychosis is coming from high levels of THC and no CBD,” Jammer explained.

“This is happening because the weed or skunk or cannabis, whatever you want to call it, is not regulated.

“There’s an underworld that grows things that haven’t been tested properly.

“You wouldn’t go into a shop and just pick up a can of red liquid and drink it if you didn’t know what was in it. That’s where we’re at with cannabis now. We don’t have any control.

He added that in the past people would smoke “natural hash”.

“I’ve seen it first hand, from many different ages, kids now are getting their hands on street skunk. They’re smoking high levels of THC.”

“Twenty years ago, when people were smoking hashish, grown in natural light, we did not have this issue. It didn’t exist,” Jammer added.

“You can clearly see the change in skunk that’s sold on the street, in the youth, in terms of how much psychosis we have today.”

“There’s a long history of creating with cannabis. There’s a lot of great artists and musicians that have used cannabis and created.

“But that is not the issue here. People are getting into trouble with street skunk and non-regulated skunk.”

You sent hundreds of text messages arguing for and against legalising cannabis during the hour-long debate.

One woman, who wanted to be anonymous, said: “My boyfriend started smoking cannabis a few months ago and has suffered severe mental health problems, nearly bankrupted us, lost his job and ended our relationship.”

Paul texted to say his son and nephew “both can’t work or function because of smoking cannabis. They are angry, delusional and their lives have been ruined”.

But Callie told us his son was “saved by cannabis”.

“It actually took him off many much harder drugs. Education is key and prohibition prevents that.”

You can find help and information about cannabis on these BBC Advice pages.