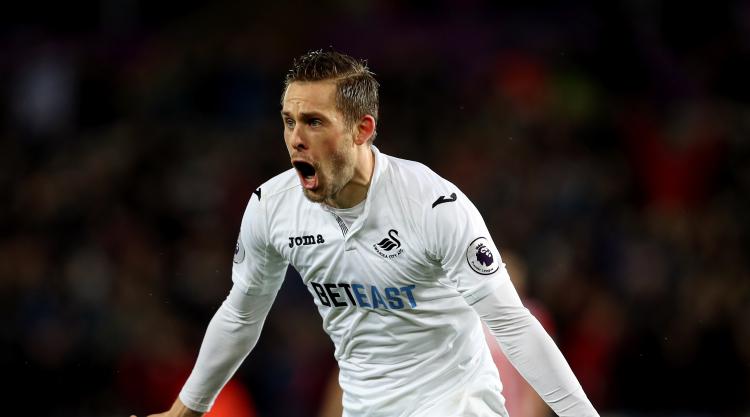 Swansea midfielder Gylfi Sigurdsson is set for a medical at Everton today ahead of his proposed £45million move.

The saga has dragged on for most of the summer with Swansea initially valuing the 27-year-old at £50million.

But Everton are finally set to secure their number one summer target at a price slightly lower than Swansea had wanted and take their summer spending to over £140million.

Sigurdsson pulled out of Swansea’s pre-season tour to the United States after Everton’s interest had become clear.

He rejoined first-team training upon Swansea’s return from the States but he did not figure in their Premier League opener at Southampton on Saturday.

Swansea rejected two Everton bids for Sigurdsson, but Toffees boss Ronald Koeman said last weekend that the deal was “still close” after reports that talks between the two clubs had broken down.

And Swansea manager Paul Clement was just as keen to close the deal to allow him time to find replacements before the transfer window closes at the end of August.

“The objective and the aim is that at some point the two clubs will meet,” Clement said ahead of the goalless draw at Southampton.

“I think the way it’s going there needs to be more than likely a compromise on both sides. That is very often how a deal is made.

“We are at a critical stage of this situation and hope it’s going to be resolved very quickly.”

Sigurdsson’s importance to Swansea was underlined by the fact he scored nine league goals and had 13 assists as the club just avoided relegation from the Premier League last season.

Only two other players, Manchester City’s Kevin de Bruyne and Tottenham’s Christian Eriksen, brought more goals and assists to their teams and Everton quickly targeted Sigurdsson as a key signing during a transfer window in which they have spent heavily.

But that figure will now significantly rise with the capture of Sigurdsson, who can fill a variety of forward positions.

Swansea hope to use the Sigurdsson cash by strengthening their squad with two or three players before the window closes.

Wilfried Bony, their former striker who appears surplus to requirements at Manchester City, and West Brom forward Nacer Chadli are both on Swansea’s radar.

And Swansea have also made an enquiry for their former midfielder Joe Allen, although Stoke insist the Wales international is not for sale.