Police are hunting for two suspected gunmen who fled the scene after allegedly shooting a man in the back in an attempted murder.

Detectives are still on the hunt for the two suspects after a 26-year-old man was “recklessly” gunned down in a busy street in Harrow on Sunday.

It was “sheer luck” the victim was not killed, officers said.

As police appeal for witnesses and information, they released CCTV photos of the men making off on a moped from Palmerston Road, where the shooting took place.

Officers and the London Ambulance were called to the scene at 10.35pm on Sunday. The victim was rushed to a central London hospital where he remains in a serious but stable condition. 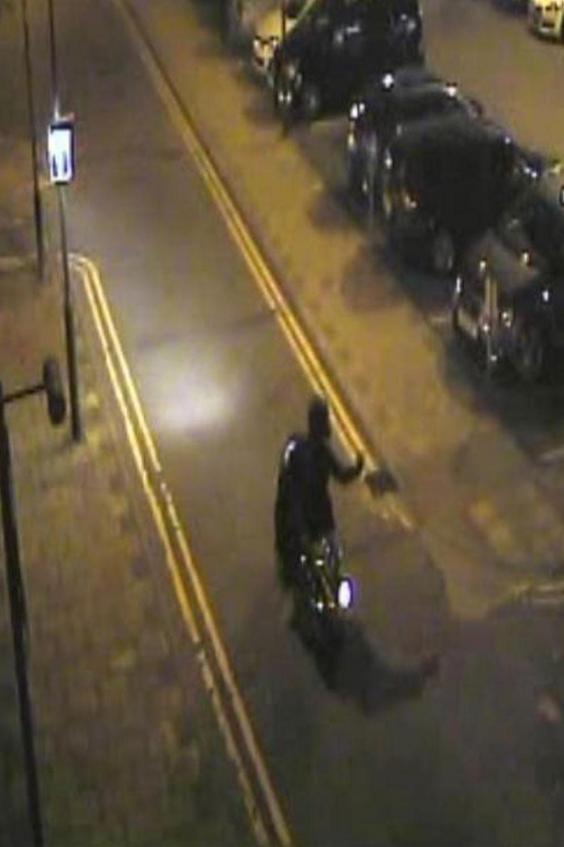 A CCTV still showing the moped riding away. (Met Police)

Roads in the area were closed temporarily while police worked at the scene but were later reopened.

The suspects are described as two black males wearing black jackets and helmets.

Detective Sergeant Lucy Carberry, from the Met’s Trident and Area Crime Command, said: “The suspects in this case have recklessly shot at the victim with a powerful weapon whilst there were a number of people around.

“It is only by sheer luck that we are not dealing with a murder of the victim or very serious injuries to others in the area at the time who could well have been hit by the shots fired by what we understand to be a shotgun.

“Palmerston Road in Harrow is very busy and we know there are people who do not live in the area who were passing through and witnessed the shooting and saw the culprits make off. I am appealing to them directly to get in touch with my team.

“Their calls will be treated in the strictest confidence.”