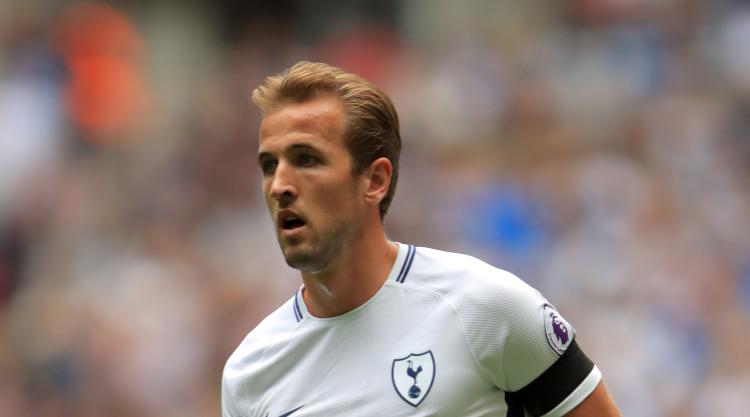 Harry Kane admits the only way Tottenham can improve this season is by winning a trophy.

Spurs have been involved in the last two Premier League title fights only to come up short as Leicester and then Chelsea were crowned champions instead.

Mauricio Pochettino has been praised for building an impressive squad capable of challenging for honours, but the club remain without a major piece of silverware since lifting the League Cup in 2008.

Finishing second behind Chelsea last season was Tottenham’s best league performance in 54 years but failures in the cup competitions left them empty-handed once again.

They will play at Wembley this season – until their new ground on the site of White Hart Lane is completed – but they started life at the national stadium with defeat to the Blues on Sunday.

There have also been questions asked over the lack of summer transfer activity, with the signing of Ajax defender Davinson Sanchez last week representing their first capture in the window.

But Kane knows Spurs can alleviate concerns by ending their trophy hoodoo.

Asked if they need to win something this season, the England international replied: “Yes, that is what we have to do.

“Third, second. The only way we can improve is to win something or win the league. That is our aim. That is always our aim.

“We have to keep doing what we are doing and hopefully it will happen.”

Kane, despite finishing as the top goalscorer in the Premier League in the last two seasons, has still never scored a league goal in August – although he came close as he hit a post in the Chelsea game.

The 24-year-old believes continuity could prove key to the required improvement and insists he has no qualms over the ability of the squad at Tottenham.

“We just are just looking to go again,” he said.

“It is another year that we have been playing with each other. Another year of getting used to the way that we play with the manager.

“I would say that we played very well (against Chelsea). It is frustrating as we should win these games. But we didn’t.

“That is football. There is not much we can do except work hard in training. We have another important game here next week before the international break.”

Asked about the need to bring in more players, Kane replied: “That is not my decision. That is the manager and the chairman’s decisions.

“We do what we do. We have a good squad. There are no complaints.

“The manager will decide who he wants and we will go from there. There have been talks about maybe closing it before the start of the season. Personally, I think that would be good.

“I think when the season starts it would be good to just know everyone is at where they are at. You get on with the season.”