Actor Daniel Radcliffe stopped to help a terrified tourist who was slashed across the face in a robbery by thugs riding a moped.

The Harry Potter star, 27, was among a group of people who rushed to the aid of a man who was targeted by the pair in west London.

The victim was walking on a side road off Chelsea’s fashionable King’s Road when he was targeted on Friday evening.

The incident happened as it emerged police smashed one of London’s most prolific scooter crime gangs.

Two men on a moped targeted the man, stealing his Louis Vuitton bag and leaving him with a facial injury, according to witnesses.

A former police officer watched the incident unfold and tried to prevent the attack. 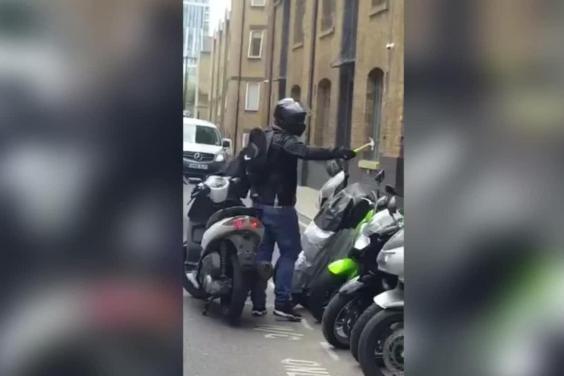 David Videcette, who was driving in the area at the time, said he noticed the men behaving suspiciously and started following them.

He said he intervened by shunting the thieves’ moped with his car after seeing them pull a knife before the pair sped off through a set of red lights.

Mr Videcette returned to the scene to find Mr Radcliffe consoling the victim, who was a tourist in the UK for a couple of days’ holiday.

Mr Videcette said: “It was a bit of the surreal moment, I said ‘you’re Daniel Radcliffe’ and he replied ‘I am’. 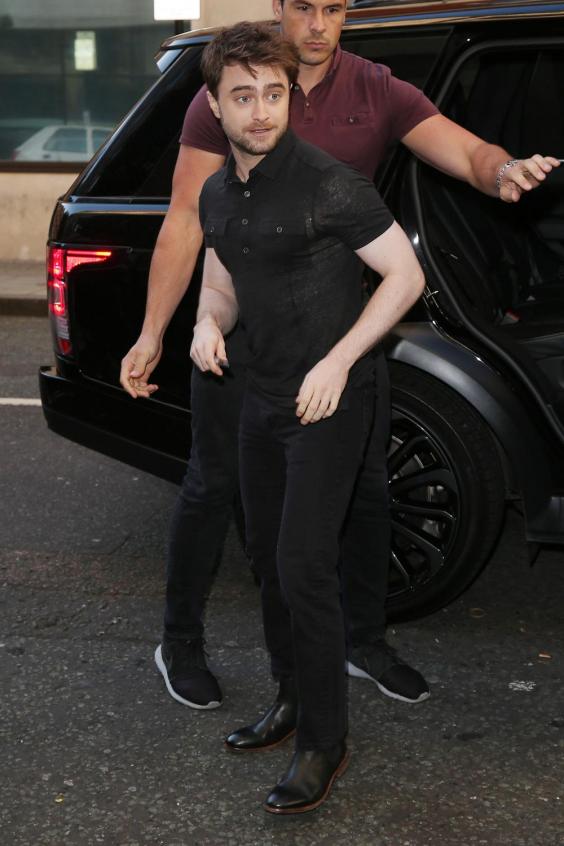 A spokeswoman for Daniel confirmed he was present at the scene

“He was a really nice bloke, a lot of stars wouldn’t have stopped to help.

“The victim was very, very shaken up.”

A spokeswoman for Daniel Radcliffe confirmed he was present but refused to comment further. 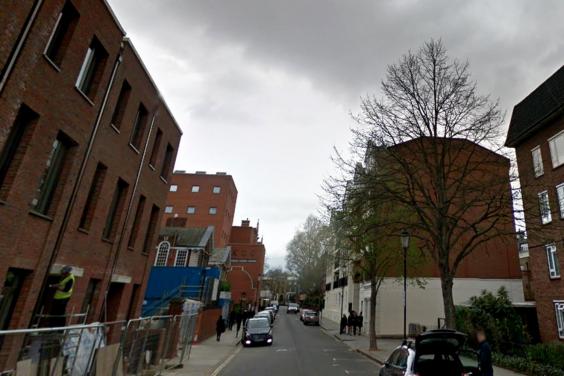 The man was targeted on Hortensia road in west London

Mr Videcette, who was formerly part of the Met’s counter-terror unit, told the Standard: “I had seen [the moped thieves] with no number plates on cruising down the street, both looking at people on the pavement.

“I realised they were up to no good.

“I decided to call the police and told them they needed to come and have a look. No sooner than I was on the phone to them that I saw one of them reaching for something in his waistband.

“I realised they were getting ready to do something.

“I cruised behind them in my car and they darted down a side street. I’m still on the phone to the police.

“Then one of them gets off and attacks a man with an expensive looking Louis Vuitton bag on the pavement.

“They grappled with him on the pavement. He wasn’t going to give up the bag willingly. I tried to ram the bike with my car but I wasn’t able to.

“They slashed him in the face with the knife and made off down the King’s Road.

“I tried to follow them but I lost them as they were jumping red lights.”

A spokesman for the Met Police said: “Police were called at approximately 6.10pm on Friday, July 14 to reports of a robbery in Hortensia Road.

“The victim – a man aged in his 50s – was walking in the road when two people riding a moped snatched his bag before riding off. The victim suffered a cut to the face during the incident.

“Officers from Kensington and Chelsea investigate.

“No arrests were made and enquiries continue.”