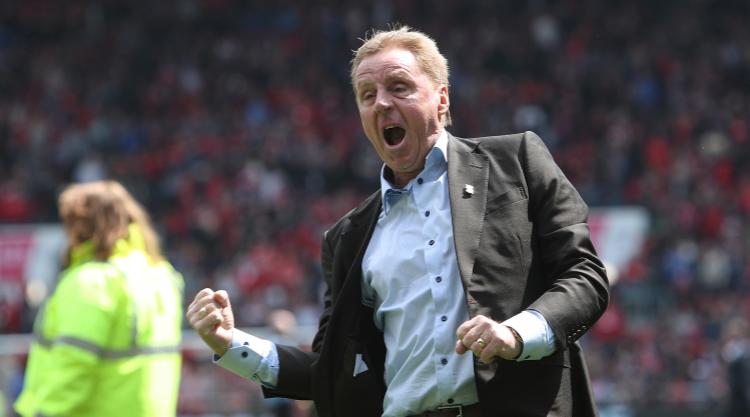 Harry Redknapp met Birmingham’s owners on Sunday night after keeping Blues in the Championship and expects a decision over his future to be reached this week.

The 70-year-old was brought in on a short-term arrangement last month to save the club from relegation and he achieved that objective by winning two of the three games he was in charge for.

Despite his residency in Dorset and his age, Redknapp has stated he is open to the possibility of staying on in the midlands and he expects the situation will be resolved this week after further discussions with representatives from Trillion Trophy Asia.

“I’ve had a chat with the owners, I met them last night for the first time,” he told BBC WM.

“I had a really interesting meeting. They were very nice, very good people and they obviously want to take the club forward.

“They’re not going to throw crazy money at it to try and achieve that, but they will invest. It’s just a case of wait and see. I’m going to have another couple of meetings with them and we’ll see where we’re going.

“I would think within the week (a decision will be reached). I’m not playing hardball with anybody. It’s just a case of making sure.

“It’s a big ask for me again. I’ve come out of it, life is quite good for me at the moment, I’ve had no pressure and am quite enjoying doing what I’m doing every day when I get up.

“I’ve been managing an awful long time so to go back into it again full-time is a big, big decision for me. I’ve got to make sure I do what is best for myself as well.”

Birmingham are the seventh club of a managerial career that began in 1983 for Redknapp, and he admits that even in his short time there he has developed a fondness for the club.

“I’m interested in staying but t here’s a lot of work to be done, it’s a tough division,” he noted.

“Look where teams like Norwich and Villa, who spent absolute fortunes, have finished this year.

“But I’ve been really impressed with the club and the people at Birmingham.”