Little Evie Doherty, who is learning to walk again after having a successful heart transplant, has graduated from pre-school and is now setting out  to help others.

The four-year-old is donating 12 inches of her hair to the Little Princess Trust, which makes wigs for poorly children.

Her mother, Nicole, said: “Evie is so proud to be able to do something for another ill child. She keeps saying, ‘I am giving my hair for someone else to wear’.

“Evie is only here because of a donation so she is so proud she can give someone else something of hers.” 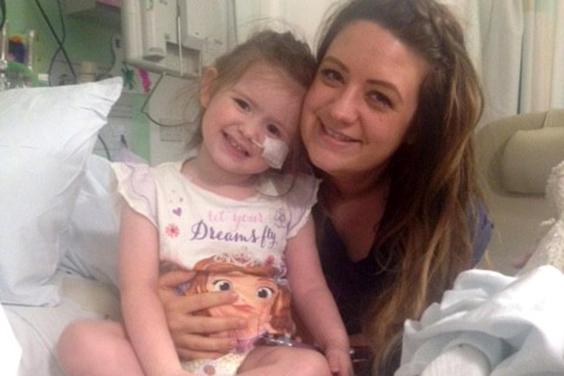 Evie was diagnosed with a rare heart condition called dilated cardiomyopathy in 2015. Shortly afterwards, she had a series of strokes, leaving her unable to walk and with paralysis down her left side.

She had the transplant at the beginning of 2016 at Great Ormond Street Hospital, returning home later that year.

Mrs Doherty said watching her “incredibly brave” daughter graduate from the early-years school near their Colchester home was a “very, very proud moment”.

She said that a teaching assistant had written a note to Evie, which read: “You are such a clever and funny girl. Don’t stop believing in yourself, you are an amazing inspiration. I will miss you.”

In May last year Mrs Doherty and husband Paul made a plea to Standard readers to help fund Evie’s physiotherapy to help her walk again.

So far, £16,000 has been raised, which her family says has made “a huge huge difference” to her recovery.

Evie is having two physio sessions a week and has recently been given an ankle foot orthosis – a support that helps her to walk – which Mrs Doherty described as a “breakthrough”.

She added that Evie should be able to walk by the time she goes to school in September.