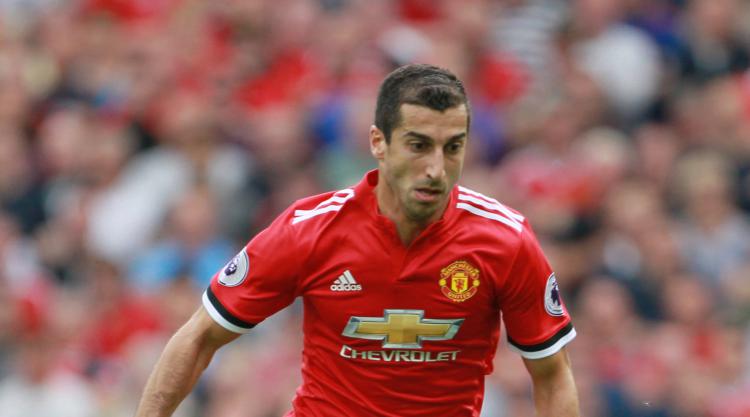 Henrikh Mkhitaryan insists Manchester United are not getting carried away by their goal-filled start to the Premier League season.

United matched their 4-0 season-opening win against West Ham by running riot in the closing stages at Swansea on Saturday.

But Mkhitaryan promised United were not getting ahead of themselves, saying: “Let’s not rush because it’s only two games played.

“We still have 36 games to play in the Premier League.

“So let’s go just step by step to try and win every game and at the end see where we arrive.”

Summer signings Lukaku and Nemanja Matic have both hit the ground running after making respective moves from Everton and Chelsea.

Lukaku has scored three goals in two games and Matic has been a towering midfield figure in screening the back four and getting United on the front foot.

Mkhitaryan’s own performances, in contrast, have flown under the radar.

B ut the Armenian came up with two more assists at Swansea and has created four of United’s eight goals.

“I’m very happy I could assist twice but I enjoyed more of the teamwork than what I have done myself because football is a team sport,” Mkhitaryan told MUTV.

“Last year the atmosphere and environment in the team was amazing but this year it is much better.

“It’s not that something has changed but we have become more close to each other.

“Maybe that’s why our new signings have shown that everything is good and are helping us from the first game.

“We are very happy for Romelu and Nemanja that they are playing and I hope that Victor (Lindelof) is going to start playing as soon as he can.

“We are trying to support them to settle down quick because it’s very important for us that they show their best quality.”

Swansea are in urgent need of reinforcements following the club-record sale of Gylfi Sigurdsson to Everton and the loss of striker Fernando Llorente and midfielder Ki Sung-yueng to injury.

They have managed only one on-target goal attempt in two games and head coach Paul Clement was woefully short of options from the bench on Saturday.

Clement wants to invest the Â£45million raised by Sigurdsson’s sale in strengthening his squad with two or three players, and Hull midfielder Sam Clucas could be the first addition this week.

“Gylfi was a top player for us,” defender Federico Fernandez said.

“Of course you are going to miss a player who scored nine goals and had 13 assists last season because they are high numbers.

“So we need to bring in a player or find a player in that position here who can do the same.

“We have players coming back from injury, but we can’t use that as an excuse.

“We need to do better, create more chances and play more football.”