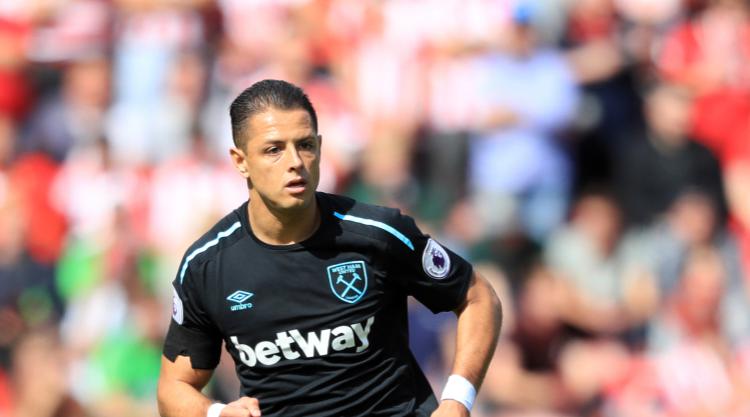 Javier Hernandez’s first goals for West Ham were the club’s reward for a two-year pursuit that has finally given them a clinical finisher.

Despite remaining bottom of the Premier League after Saturday’s 3-2 loss at Southampton left them with two defeats from two, Hammers manager Slaven Bilic detected positives largely inspired by his new striker.

Hernandez instinctively scored twice to take West Ham’s 10 men level after they had fallen two goals behind and he had been asked to play on the left wing following Marko Arnautovic’s reckless dismissal.

Only the concession of a late penalty, converted by Charlie Austin, denied the Hammers what would have been an impressive point one week after they were so poor in their 4-0 defeat at Manchester United, but Bilic recognised his persistence in chasing Mexico international Hernandez was paying off.

West Ham lost Carlos Tevez to Manchester United at the end of the same season, over 10 years ago, in which the retired Dean Ashton suffered an ankle injury from which he never truly recovered.

Since then and amid Andy Carroll’s struggles for fitness they had lacked the prolific striker their ambitions demand, one Bilic revealed they had already missed out on when Hernandez previously rejected their advances.

“He called and said ‘Thank you gaffer but I’m going to Germany but maybe we’ll cross paths again’ and now after two years it was like we weren’t starting from zero.

“It helped make him choose us (this time). It was a disappointment then but like now we knew there were a few other clubs (interested).

“He doesn’t have just one movement. He does a first movement, then a second, then third. He’s so sharp over a few yards that it gives him the advantage. Mostly players who are quick don’t have that movement or the other way round but he’s got both.”

Bilic has already backed Arnautovic, the club’s record signing, to make up for the suspension he will receive for elbowing Jack Stephens, but they could yet set a new transfer record by buying Sporting Lisbon’s William Carvalho, and he added: “We are in a great position budget-wise because we sold a few players.”

The result also gave Mauricio Pellegrino his first win as Southampton manager, in the same week they were taken over by Chinese businessman Jisheng Gao, and ended the run of 587 minutes at St Mary’s without a goal that had contributed much to the dismissal of Claude Puel.

Pellegrino’s predecessor had been labelled boring during the conclusion of his season on the south coast, and Southampton had drawn 0-0 with Swansea in Pellegrino’s first match in charge despite 29 shots on goal, but the Argentinian told their official website: “In the first half, particularly the first 25 minutes we played well.

“We had the possibility to score goals and we arrived in wide areas with efficiency.

“In counter-attacks we were really dangerous. After the second goal for me, we could not control the ball, not in terms of possession because we had it, but in terms of scoring the third goal we need to be more clinical in those moments.”