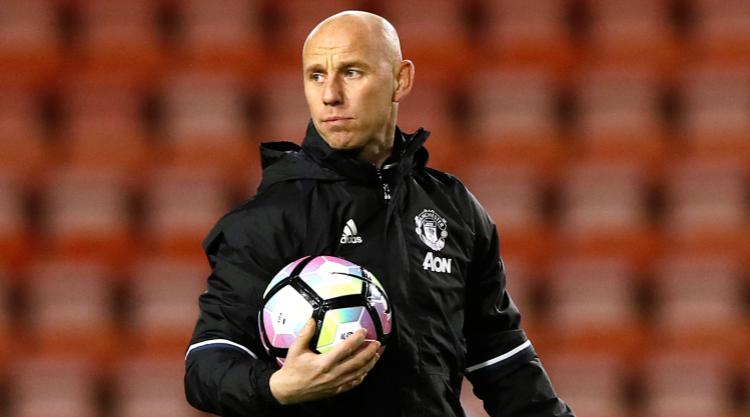 Manchester United’s head of academy Nicky Butt insists the club will always promote homegrown prospects despite their wealth as they have formed the core of their most successful sides.

A Press Association Sport study has found that Jose Mourinho used 10 players who had emerged from United’s academy in the Premier League last season, a figure greater than any other top-flight club.

Their history for promoting youth extends back to the ‘Busby Babes’ in the 1950s, while Butt himself was one of the fabled ‘Class of 92’ four decades later, and Mourinho has carried that tradition on by utilising the likes of Paul Pogba, Marcus Rashford and Jesse Lingard.

Pogba returned for a world-record sum last summer and Romelu Lukaku recently arrived for a Â£75million fee, yet Butt expects United to continue to look within their own ranks as well as making those big-money acquisitions.

“I think the club won’t allow for (there to be) no homegrown players,” he told Press Association Sport.

“The club’s always had a history for breaking transfer records and getting the best players around the world but they’ve also been known for developing their own players that help the superstars bed in and teach them about the club, the area and the history, and I think it’s important to have that.

“The teams that have been successful over the years, right back to the Busby Babes, have always had people that have known the club and grown up with the club in their blood.”

Butt knows the system well having been one of those players, like Rashford and Lingard, that came through the age groups before representing United at senior level.

Part of his role now is to persuade parents that United is the best destination for their offspring to develop and Butt believes that, even though they may not be aware of it yet, Rashford and Lingard have a huge influence as bastions of the system’s success.

“For us to be able to look at the kids and say, ‘Marcus and Jesse were here from eight, nine’, that’s massively important for me when I go and speak to parents,” Butt added.

“I can look them in the eye and say, ‘It can happen because they’re doing it now’.

Asked what advice he would give to those hoping to become first-team regulars, Butt replied: “They have to go back to square one again, go back to training hard, working hard.

“Forget about that – that’s happened, it was great. Parents loved it, I (the player) loved it, I had a couple of weeks on a high of playing for Man United’s first team. Realistically, I’m not at that level yet and I need to work harder to get there and stay there.

“It’s alright playing one or two games, it’s staying there for five, six, seven, eight years, then you really are a player.”

Of his own experience, he added: “I remember (former youth-team manager) Eric Harrison never said we’d made it until we won the treble then he said, ‘I think you’ve made it now lads’, so that was nice to hear!

“It’s a tricky one now. Kids play 10 games and they’re put on a pedestal and I feel sorry for them because any young kid would get carried away and it’s up to us as coaches to say, ‘Calm yourself down, you’re not there yet, you’ve got a long way to go’.”

As well as having 10 academy graduates feature for United’s senior team, a further 25 that came through the youth set-up at the Aon Training Complex played for other Premier League clubs.

For those who have coached them, Butt believes there is just as much satisfaction in seeing them prosper.

“They (academy coaches) take as much pride in that as they do a Marcus or Jesse,” he noted.

“Obviously the nirvana is to get a Jesse and a Marcus in, that’s what we strive for and what we’re judged on, but when you see Danny Drinkwater, Danny Simpson who’ve been at this club, lifting the Premier League, it’s massive. There’s no other club I know that does that. For our academy staff, that’s a massive thing.

“We’re fortunate that we’ve had managers that give youngsters a chance, but the academy staff can’t be judged on who goes into our first team too much but they can be judged on developing players. That’s what we pride ourselves on.”