A plot to disguise horsemeat as beef was discovered when horse identification chips were found in the meat in a surprise inspection, a court has heard.

It is alleged that businessman Andronicos Sideras, 55, one of the owners of meat company Dinos & Sons in north London, had mixed up the meats before they were passed on to other firms.

It was discovered after a surprise inspection in September 2012 which was only triggered after the wrong size of shipment had been sent to a company, Inner London Crown Court was told.

Prosecutor Jonathan Polnay said Sideras said the inspection revealed that “some of [the boxes of meat] were found to contain significant amounts of horsemeat, roughly about a third contained horse.” 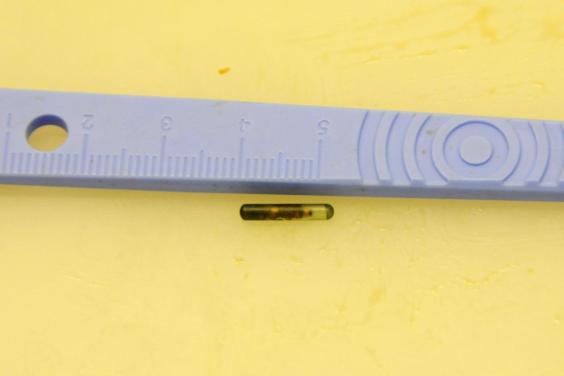 Sideras’s fingerprints were found on “fake” labels, Mr Polnay said. He added: “The final piece of the jigsaw is that when the meat was analysed, three horse ID chips were found in some of it.”

These chips, which were roughly the size of a 1cm grain of rice, included two which were Polish and one that was from Ireland.

Sideras is said to have fabricated labels and paperwork to make the mixed meat appear like pure beef.

Sideras, of Southgate, north London, denies one count of conspiracy to defraud between January 1 and November 30 2012.

It is alleged that a Danish owned company called Flexi Foods would buy horsemeat and beef from suppliers across Europe and have it delivered to Dinos & Sons in Tottenham, north London.

Mr Polnay said: “This was a fraud that simply could not have worked or taken place without the connivance of Sideras.

“Who else could have mixed the horse and beef together in the way it happened in this case?

“The meticulous records kept by FlexiFoods caused their undoing and what the defendant was up to. They also provide compelling evidence of the guilt of this defendant.”

Mr Polnay previously told the court there is “no dispute” that the fraud was taking place, but that the jury must decide if Sideras was involved.

He told the court that two men, Ulrik Nielsen, 58, the owner of FlexiFoods, and his “right-hand man”, Alex Beech, 44, have already pleaded guilty to the same charge.

The hearing was adjourned until Tuesday at 2pm.