The Houses of Parliament is reportedly crawling with bed bugs, sparking a further debate over the future of the crumbling buildings.

Parliamentary authorities said a pest control team was taking “urgent action” after the parasitic insects were spotted in Westminster, according to the Times.

They admitted further checks across the estate were under way and that the infestation would fuel the long-running debate over the Palace’s future.

According to the newspaper, staff who suspected they had been bitten were advised to refer to the NHS website.

A statement on parliament’s intranet system read: “It is clear that the infestation did not originate on the parliamentary estate and was brought in from outside,” it said. 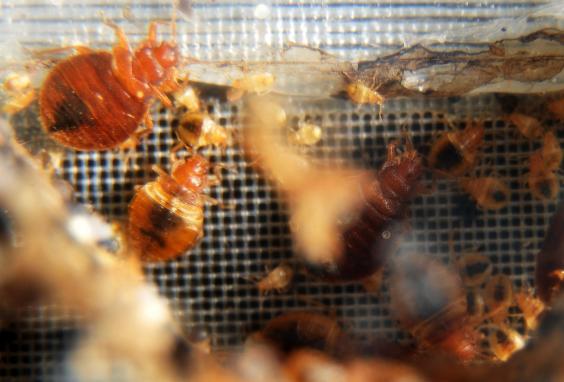 Bed bugs: The Houses of Parliament are reportedly crawling with the parasitic creatures (AFP/Getty Images)

“While bed bugs are not dangerous and do not spread diseases, they can cause itchy red bumps on the skin.”

Tim Farron, the former Liberal Democrat leader, said the infestation underlined the urgent need for renovation of the estate.

He told the newspaper: “Usually the public thinks Parliament is stuffed with pests, but this time it is actually true.”

The former Lib Dem added: “I think this shows how we need to renovate the palace, otherwise we will face yet more of this in the years ahead.”

A decision on whether MPs should depart from Westminster for a multibillion-pound restoration could be made this autumn.