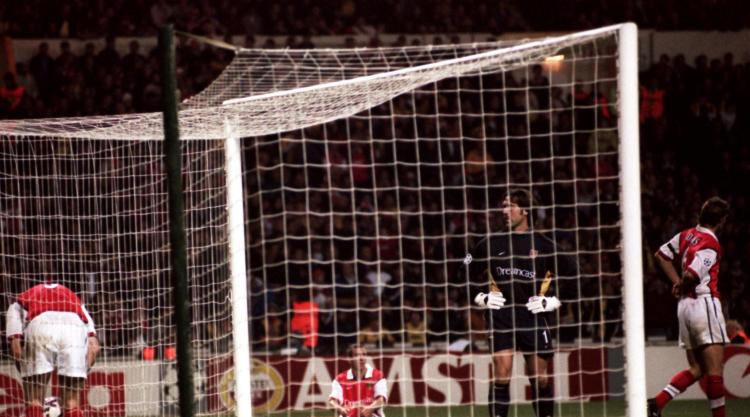 Tottenham are struggling at Wembley, their home for a full season as their new stadium is completed on the site of their old White Hart Lane home.

Sunday’s defeat to Chelsea means Spurs have now lost seven of their last 10 fixtures at the national stadium, winning just once.

Here Press Association Sport Data Journalist Tom White looks at how other teams have fared when they have been temporarily exiled.

Tottenham’s north London rivals played their Champions League home games at Wembley in the 1998-99 and 1999-2000 seasons, with little success of note. The first game of their residency brought a 2-1 win over Panathinaikos, with goals from centre-backs Tony Adams and Martin Keown – but it was followed by a draw with Dynamo Kiev and defeat to Lens, with Ray Parlour sent off in the latter game as the French side eliminated the Gunners on head-to-head record.

It was a similar tale the following year, with Arsene Wenger’s side beating AIK Solna but losing to Barcelona and Fiorentina to finish third in their group. They reverted to Highbury for the Europa League, ending the short-lived experiment.

Like Spurs, the Bhoys spent a season at their national stadium due to refurbishments – in their case, while Parkhead was being converted into an all-seater stadium. They finished fourth in the league – unthinkable these days, but more typical back then with the club amid a run of nine seasons without a title, and a Scottish Cup win and League Cup final made it a successful campaign.

They won seven, drew eight and lost three of their home league fixtures, with the defeats coming against champions Rangers, Falkirk and Partick Thistle – significantly better than an away record showing only three wins. Additionally, all their Scottish Cup fixtures were played in Glasgow – exclusively at Hampden bar their semi-final against Hibernian, on the theoretically neutral territory of Ibrox.

The renovation of Craven Cottage led to Fulham playing their home games at Loftus Road, home of QPR, in what ultimately became a two-season arrangement. Having finished 13th the previous year on their return to the Premier League, they were unable to progress and finished the 2002-03 campaign in 14th, with manager Jean Tigana sacked before the season was out.

Their temporary surroundings did not seem to hold them back, however – they won 11 of 19 home games, and another nine the following campaign as they moved up to ninth in the league under Chris Coleman. All their cup exits in those two seasons came away from home, albeit via a replay in the 2002-03 FA Cup after a home draw with Burnley.

After Old Trafford was damaged by bombing in the Second World War, United were welcomed into the Maine Road home of rivals Manchester City for the years that followed – a spirit of cross-city co-operation in evidence again when the teams combined to honour those killed in this year’s Manchester terrorist attack.

Under new manager Matt Busby, they began by finishing fourth in the non-competitive War League before racking up three successive second-placed league finishes and adding an FA Cup win in 1948. They were victorious in 39 home league games across their three Football League seasons in exile, including eight in a row to finish the 1946-47 campaign, and lost only seven. They also won through three rounds at their temporary home in their cup-winning season, and again the next term.

All four meetings with their landlords in those seasons were drawn, while both games in the War League season were won by the designated “away” team.