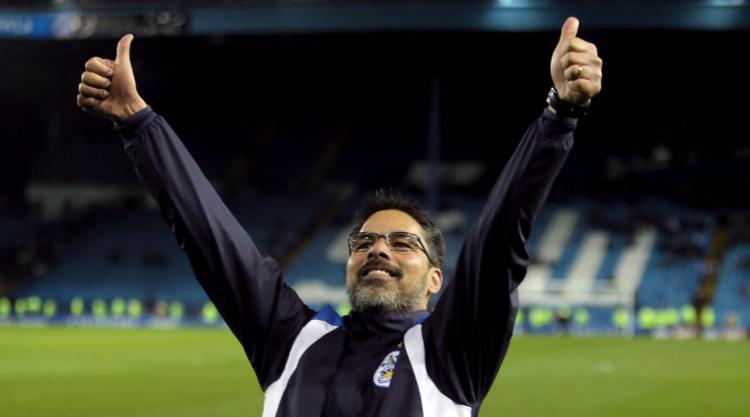 Huddersfield are one game away from a first promotion to the Premier League following their penalty shootout win against Sheffield Wednesday in the play-off semi-finals.

In his first full season in charge, head coach David Wagner steered the Terriers to a fifth-placed finish in the Sky Bet Championship and victory over Reading in the final at Wembley on May 29 would see them back in the top flight for the first time in 45 years.

Here, we look at Huddersfield’s strengths and weaknesses and assesses how ready they are for the top flight, should they make it.

Wagner drafted in 12 new first-team players during the summer but quickly instilled a sense of identity and unity in his squad. Both the German and Michael Hefele, man of the match in the second leg of their play-off win at Hillsborough, put success down to the team’s never-say-die approach. Wagner’s high-pressing philosophy, built on boundless energy, allied to meticulous organisation makes his side difficult to beat, while midfield pair Aaron Mooy and Jonathan Hogg, forward Izzy Brown and strike pair Nahki Wells and Elias Kachunga have proven quality.

When on song, Huddersfield’s ‘gegenpressing’ style proved too much for opponents this season, as illustrated by wins over the likes of Newcastle, Brighton, Reading and derby rivals Leeds (twice). But when they get it wrong, Wagner’s side can capitulate. Two heavy defeats to Fulham and another at Bristol City revealed they are vulnerable if energy levels slip. Converting chances also proved a problem as they finished with the poorest goals difference out of any side in the top 10.

The appointment of Wagner has proved a masterstroke by chairman Dean Hoyle. The German has revolutionised the club’s footballing philosophy, both on and off the pitch, and his summer acquisitions have turned the team into a genuine Championship force. Permanent signings Christopher Schindler, Chris Lowe and Hefele provide know-how and are the bedrock in defence, striker Elias Kachunga finished as leading scorer with 13 goals, while loan signings Mooy, Brown and goalkeeper Danny Ward have all been instrumental in Town’s success.

Wagner learned his trade under Liverpool boss and good friend Jurgen Klopp during their time together at Borussia Dortmund and their brand of football is the same. Gegenpressing (or counter-pressing) requires that the ball must be won back high up the pitch as soon as possession is lost. The team works as a unit in attack, defence and in transition of both and Wagner has drafted in players who have the stamina, tactical intelligence and smart decision-making required to make his system work.

Any team promoted to the Premier League must invest in new high-calibre players if they are to compete at the top level and Huddersfield are no different. Much will depend on whether the likes of Mooy, Brown and Ward can be persuaded to turn their loans into permanent moves and if not, on the quality of their replacements. But if Wagner can build on what he has already got and prove again his ability to tap into the European market – the club already has the infrastructure – then Town could hold their own in the top flight.