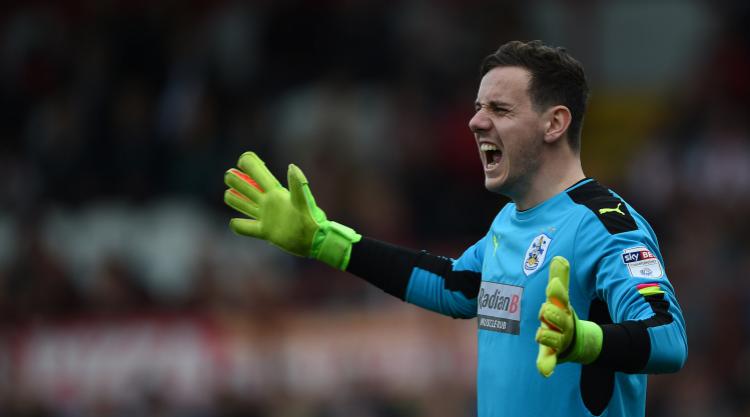 Danny Ward was the Huddersfield hero as the Terriers booked their place in the Championship play-off final with a dramatic penalty shoot-out win over Sheffield Wednesday at Hillsborough.

Ward saved spot-kicks from Sam Hutchinson then crucially from Fernando Forestieri to send his side through 4-3 on penalties after the sides had finished 120 minutes locked together at 1-1.

In the dramatic finale, Terriers substitute Jack Payne had missed the chance to win it when his penalty was saved by Keiren Westwood – only for Ward to block Forestieri’s effort and book a final clash with Reading.

Steven Fletcher had converted a cross from Barry Bannan to head Wednesday into a 51st minute lead but the visitors drew level 12 minutes later when a cross by substitute Collin Quaner was turned into his own net by Tom Lees.

The late finish was hardly surprising, given t he two sides could not be split over the course of the regular Championship season – nor again in last week’s first-leg stalemate.

Izzy Brown had the best chance to break the deadlock in a first half in which tension on both sides kept clear-cut opportunities to a minimum.

Brown should have done better when he met a left-wing cross from Wells in the centre of the box but swept his low, left-foot shot inches wide of target.

Wednesday, forced into a change when Adam Reach replaced the injured Ross Wallace inside the opening 10 minutes, had marginally the better of the early play.

Fletcher had a shot blocked at close-range by Terriers captain Tommy Smith then substitute Reach hit his shot on the turn straight at Ward.

The visitors seemed much more content to sit back and wait for their opening and it came on 20 minutes when Wells burst clear down the left only for Brown to mis-fire in front of goal.

Wednesday might have made their opponents pay nine minutes later when a long ball from Bannan found Fletcher in the box but the Scot fluffed his lay-off to the unmarked Forestieri.

Wells had a penalty claim waved away by referee Andre Marriner in the 38th minutes after being brushed off the ball by Wednesday keeper Westwood.

Wednesday looked brighter after the break and got their reward within five minutes after a move which initially appeared to have petered out on the edge of the box.

Fletcher played the ball back out where it was retrieved by Bannan, whose deep cross back in to the far post found the Scot who steered a perfectly-poised header beyond Ward’s grasp.

Elias Kachunga blazed high and wide eight minutes later and Wagner replaced the German with his compatriot Quaner in the 71st minute, with an immediate positive effect.

Quaner picked up a ball from Rajiv van la Parra on the right side of the Wednesday box and his cross was poked into his own net by Lees under pressure from Wells.

Westwood came to Wednesday’s rescue as he twice denied Wells in the last five minutes of normal time, first blocking a shot set up by Quaner, then pouncing again as the striker hesitated over a through-ball.

Under pressure for much of the second period, Wednesday had the best of the first period of extra-time, with Jordan Rhodes driving a low shot straight at Ward and Chris Schindler getting in a crucial block to deny Forestieri.

Quaner lashed a shot into the side-netting early in the second period and Rhodes flashed a header just wide at the other end before Marriner signalled the inevitable spot-kicks.

Ward saved early from Sam Hutchinson and after Terriers substitute Payne missed the chance to win it for his wide, the keeper stepped up again to deny Forestieri and spark jubilant scenes among the visiting players and fans.