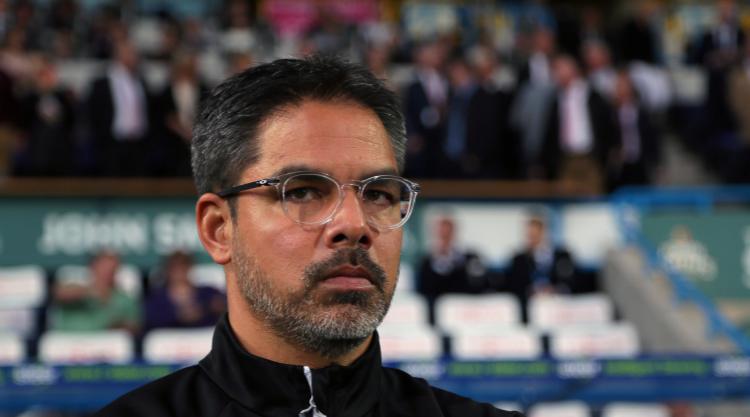 The Premier League newcomers followed up Wednesday’s signing of attacking midfielder Abdelhamid Sabiri from Nurnberg by bringing in right-back Florent Hadergjonaj from Ingolstadt on Thursday.

Both players caught the eye of Wagner in his native Germany and he feels their additions give him an evenly-balanced group.

Asked if he planned to make any further signings before next week’s transfer deadline, Wagner said: “I will never say never, as always, but I think we now have a group together where we have every position occupied with at least two players. This was always our target.

“This is why I think we have done, so far, what we wanted to do. Nobody knows what happens in the transfer window over this last week but, from my point of view, I am very happy with what I have together so far. Now it is up to us to get the best out of this group.”

Hadergjonaj, 23, is a Switzerland international and has joined the Terriers on a season-long loan, with the club having an option to buy.

Hadergjonaj started his career with Young Boys before joining Ingolstadt, who were relegated from Germany’s top flight to Bundesliga 2 last season. He won his first senior cap in a friendly against Belarus in June.

He joins a team that has made a superb start to life in the Premier League, winning their opening games against Crystal Palace and Newcastle. They followed that up by making progress in the Carabao Cup at Rotherham’s expense on Wednesday.

Wagner said: “I think the position where we were short was the right-back position. We are very happy we have found him and were able to sign him.

“He is a very exciting player, one of the most interesting right-backs in Germany’s Bundesliga last season.

“I think he has everything you need for a right-back in our system. He has this offensive impulse, he is quick enough, his endurance is good.

“Of course he has to adapt, like we all had to to physical Premier League, but we will work with him and he will improve.”

Wagner is not planning to hand either of his latest recruits a debut in Saturday’s clash with Southampton at the John Smith’s Stadium.

Speaking at a press conference, Wagner said: “They have just trained for the first time and they have missed some training in the last few weeks.

“I think we will use the international break to give them some minutes in their legs and then I think they will be in competition for the game against West Ham.”