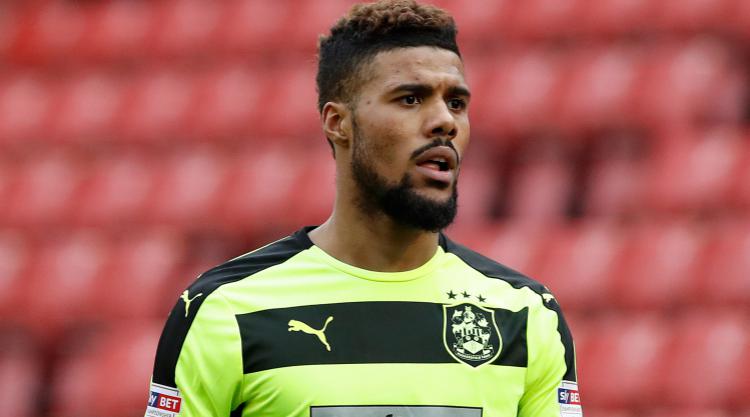 Huddersfield have rewarded Chris Lowe and Elias Kachunga with new deals after the pair helped them win promotion to the Premier League.

Both German left-back Lowe, 28, and striker Kachunga, 25, first moved to the Terriers last summer and each played over 40 Championship games as David Wagner’s team won a place in this season’s Premier League via the play-offs.

Kachunga originally arrived at the John Smith’s Stadium on loan from Ingolstadt, but that was made into a permanent arrangement in March and last season’s top scorer will now remain at Huddersfield until 2020.

Lowe’s new contract will also expire then and Wagner is expecting more of last season’s squad to pen new terms in the coming weeks.

“It’s very important that Chris and Elias have committed their futures to Huddersfield Town by signing new contracts,” he told htafc.com.

“Both Chris and ‘Kache’ were big players for the team as we gained promotion to the Premier League last season. I knew they were both high-quality footballers when they arrived, but they deserve so much credit for the way they adapted to English football so quickly. That is testament to their characters and personalities as much as their footballing ability.

“They will continue to be big, big players for us in the Premier League season and these new contracts are also a reward for what they have achieved with us so far.

“I expect that more of the players who have made this journey into the Premier League will also commit their futures to the club in the coming weeks.”