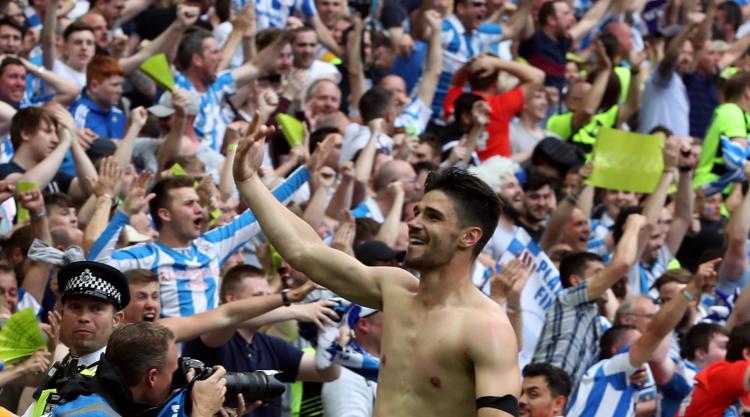 Huddersfield commercial director Sean Jarvis feels the club can add something extra to the top flight next season.

The fixture list for 2017/18 has been released and the Terriers will kick off their first season in the Premier League at Crystal Palace on August 19, while their first home game is against Newcastle.

“Fantastic. The dream has become a reality now and seeing those fixtures come out with our business community has been a great occasion, so we’re looking forward to it,” Jarvis told Sky Sports News.

“Crystal Palace away first game, superb. Then Newcastle coming here. Every game in the Premier League is very special, so bring it on.

“We’ve always talked about our identity here at Huddersfield Town and we will bring that to the Premier League.

“We want to remember our heritage, but bring something new of course.”

Head coach David Wagner steered the Terriers back to the top flight for the first time in 45 years via a penalty shoot-out win against Reading in last month’s Sky Bet Championship play-off final.

Wagner’s side have avoided any of the big guns in their first six fixtures but will close out the season against Chelsea, Everton, Manchester City and Arsenal in a daunting run-in.

“There are some big teams in there,” Jarvis added. “Finishing with Manchester City away then Arsenal here and of course we’ve got a special connection with Arsenal through Herbert Chapman, so it will be a special occasion that one.

“I think Everton are in there as well. Every game in the Premier League is a tough one, every game is a cup final.

“It’s a bit like Christmas has come early for us seeing the fixtures. It’s going to be great, whatever the occasion we’re looking forward to it and every Terrier is going to really embrace it and bring their special bit of ‘Terrierness’ to the Premier League.”