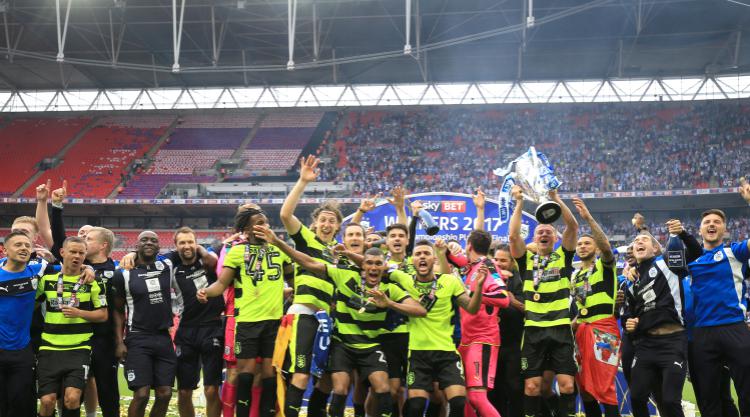 Huddersfield have been promoted to the Premier League after beating Reading on penalties in the Championship play-off final.

Attention will now turn to survival in the top flight for David Wagner and co – with the record of previous play-off winners providing mixed messages as to their hopes.

:: In 15 of the 25 Premier League seasons to date, the team promoted via the play-offs has been relegated – meaning 10, or 40 per cent, have survived.

:: However, the average finishing position the season after winning the play-offs is 16th (15.92, or 15.95 in the years since the Premier League was reduced to 20 teams).

:: The last team to survive after winning the play-offs were Crystal Palace in 2013-14. Since then, QPR, Norwich and Hull have each lasted just one season.

:: Birmingham, the last team to win promotion via a penalty shoot-out, survived and finished 13th in the following top-flight season in 2002-03. Charlton, though, were relegated in 1998-99 after going up in similar fashion.

:: Huddersfield finished the regular season in fifth place, the third of the four play-off spots. Three of the seven teams previously promoted from that third play-off slot have survived – the aforementioned Palace, Birmingham and Leicester teams – with the other four relegated.

:: Town are the first team ever promoted to the Premier League with a negative goal difference.