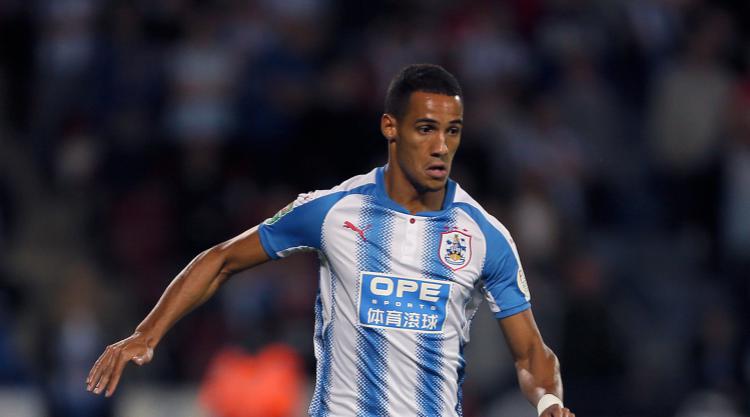 Wagner has handed Ince a ticket back to the Premier League after underwhelming previous spells in the top flight with Crystal Palace and Hull.

“Every English player always wants that dream,” said Ince, a club record signing from Derby for a reported fee of just over Â£11million in July.

“I represented England at various youth levels and playing in the Premier League always gives you that window.

“First and foremost I’ll concentrate on my club football, to try and produce and help this team win games and anything off the back of that is a bonus.

“Of course I have a dream and ambition to represent my country, but I’ve got to produce on the pitch first.”

Ince, 25, has played his part in the Terriers’ impressive start as they bid to make it four games unbeaten at West Ham on Monday.

He is revelling in the feelgood factor, starting in all three games so far and feels Wagner can help get him closer to international recognition.

“I’m trying to take the ideas that the boss gives me and develop myself as a player. I know I’ve still got a lot to learn,” Ince said.

“I feel like now I’m 25, I’ve experienced a lot. I’ve taken a lot of hits along the road, but the way the manager works, he wants his forward players to show a work ethic to defend as well.

“The manager always said to me ‘you don’t need to me tell you how to go forward and create and score goals, t hat’s naturally in you’.

“All I want to do is give you little bits here and there that I feel can help your game and as long as I can take them on board and implement them as best as I can, everything else is a bonus.

“But there’s a long way to go yet, it’s only the start of the Premier League season and that’s all I concentrate on. We’ll see what happens.”

Wagner’s “full-throttle” football philosophy demands high levels of individual fitness and Ince said he was in the best shape of his career in the fittest squad he has been in.

“Yeah definitely,” he said. “For a forward player I don’t think I’ve ever had to do so much running and pressing about the pitch.

“The manager wants his forward players to use the energy from the home fans to really put pressure on teams.

“There’s always a reason and method behind it and I’m enjoying it, everyone is and you can see that from the performances.”