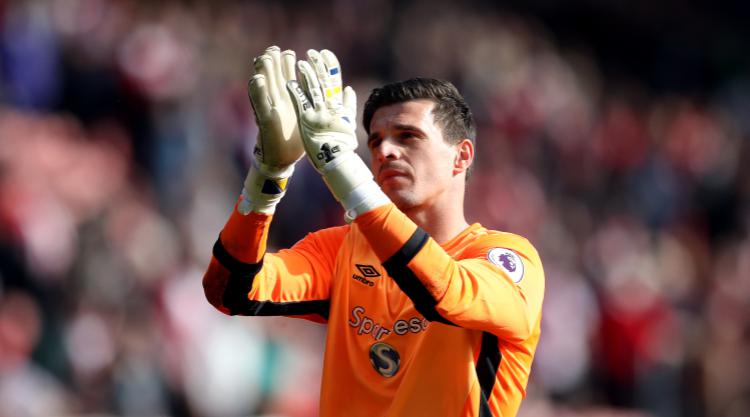 Leicester have completed the signing of goalkeeper Eldin Jakupovic from Hull.

The 32-year-old has signed a three-year deal with the Foxes for a reported fee which could rise up to £2.25million.

He becomes the club’s third summer signing and joins them in Hong Kong for the Premier League Asia Trophy, with Leicester facing West Brom on Wednesday.

Jakupovic told LCFC TV: “I’m very happy and excited that the deal is finally done. I’m very excited to be a part of something special here and I can’t wait for the first game.

“I knew from the beginning that it will be difficult for myself because Kasper (Schmeichel) is one of the best goalkeepers in the Premier League.

“I’m going to fight and I’m here to push. A healthy competition is always good and that’s only a positive thing. For sure, I’ll wait for my chance but I am here and I’m very excited.”

Jakupovic made 55 appearances for Hull, including 22 last season as the Tigers were relegated from the Premier League, having joined from Aris Salonika in 2012.

Meanwhile, Leicester remain confident of completing a £25million deal for Manchester City’s Kelechi Iheanacho but a legal dispute between the striker’s current and former agents over image rights has reportedly held up the move.