An advertisement that states “Humane milk is a myth” has been cleared by the regulator after complaints from the dairy industry that claimed it was inaccurate.

The Go Vegan World ad featured a photograph of a cow behind a piece of barbed wire and carried the headline: “Humane milk is a myth. Don’t buy it.”

The smaller print read: “I went vegan the day I visited a dairy. The mothers, still bloody from birth, searched and called frantically for their babies.

“Their daughters, fresh from their mothers’ wombs but separated from them, trembled and cried piteously, drinking milk from rubber teats on the wall instead of their mothers’ nurturing bodies. All because humans take their milk.” 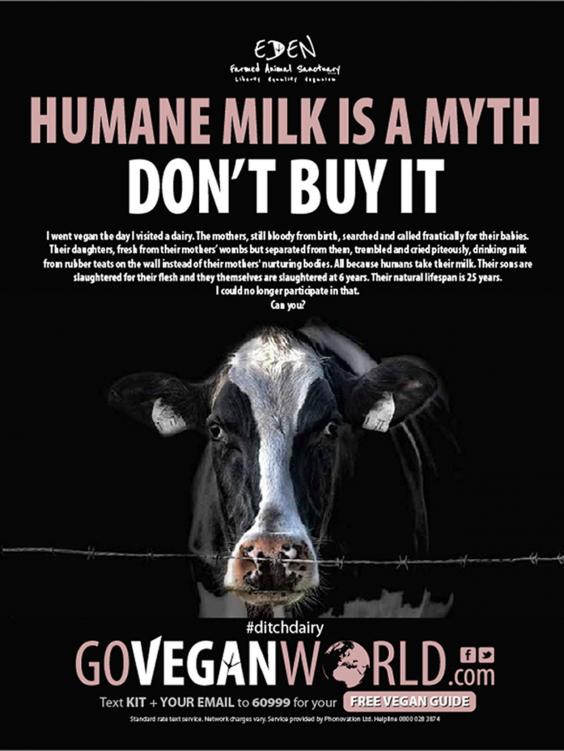 Seven complainants challenged whether the ads’ claims were misleading and inaccurate. (PA)

The Advertising Standards Authority (ASA) said seven complainants, challenged whether the ads’ claims were misleading and could be substantiated.

But the vegan campaign group said it did not state or imply that calves were separated from their mothers prior to the 12 to 24 hours recommended by the Department for Environment, Food and Rural Affairs (Defra).

And they added that they believed the exact timing of the separation was irrelevant to the ad, which commented on the injustice of separating cow and calf, claiming later separation actually caused more distress.