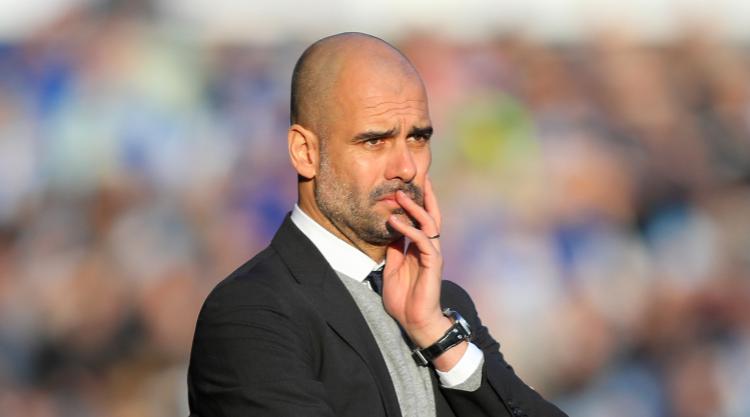 Pep Guardiola is convinced his Manchester City squad is already good enough for the coming season, despite the continuing search for new players.

City spent more than Â£200million on players over the summer, with five major new arrivals for the first-team squad.

Still it seems the club are not finished yet, with West Brom this week rejecting a bid from City for defender Jonny Evans. City also continue to be linked with other players, notably Arsenal’s Alexis Sanchez, ahead of this month’s transfer deadline.

Guardiola said: “We try to do (build) the best squad as possible for the long season. We are going to see how the market finishes.

“If we have to stay with the players we have right now we are happy, if someone comes we are happy too.

“I know how good the club works since I arrive here and we try to do our best, sometimes it’s possible, sometimes not. Nothing to say.

“Every season I start I always believe my players are the best, but we talk with the club, with the sporting director Txiki (Begiristain), with all the players. Everyone has his own opinions and after that we are decide what is best to make our club stronger.”

Guardiola has denied that continually seeking out new signings could adversely affect players from the club’s much-vaunted academy, with the City boss insisting those players must earn elevation to the senior squad.

He said: “I think the academy players, the big ones and important ones, are here (in the squad) – Phil Foden, Brahim (Diaz), Tosin (Adarabioyo).

“They don’t play in the first team because they were in academy. They have to win that situation.”

Guardiola, speaking at a press conference to preview Monday’s game at Everton, played down a controversy sparked by a tweet from new signing Benjamin Mendy last weekend.

Guardiola said: “I don’t know what happened. I don’t what he said. Private life is private life.

“He has to respect the social media in what is happening with the club and the opponent, but I think the guys in squad they are so, so good – good people and nice people.”

City face Everton on Monday in their first home game of the season. The dressing rooms at the Etihad Stadium have been expanded over the summer, with the home facility now an enlarged circular design with additional rest and recovery areas, including a hydrotherapy pool.

It is part of a larger renovation at the stadium that includes the creation of the new ‘Tunnel Club’, an exclusive dining area from which supporters can see players in the tunnel.

Guardiola laughed off suggestions he was involved in the new design.

He said: “I’m not an architect. It’s nothing to do with me. It’s good, but believe me it’s not my decision. I have a lot of business to do about the squad – the rest is the decision of the club.”